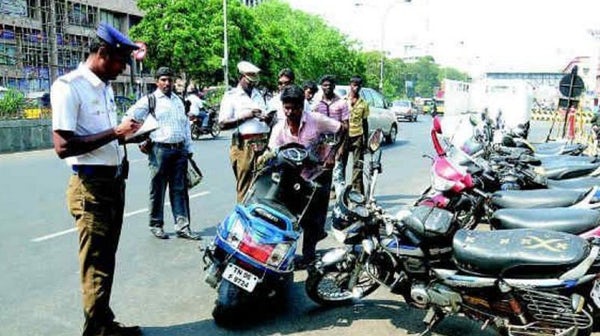 Penalty Points For Traffic Violations In Hyderabad From Today 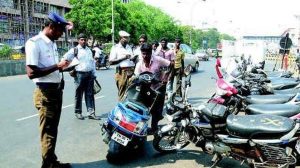 Hyderabad: Aiming to promote self-discipline among the commuters, the Telangana government introduced a 12-point penalty system to curb traffic violations in the city. The system was launched by the city traffic police on Monday.
The government issued the system under the Motor Vehicles Act on April 24 and it comes into effect from August 1. The points system is being implemented in Hyderabad, Cyberabad and Rachakonda Commissionerates. The license of the vehicle driver will be cancelled for a period of one year if they cross the 12-point limit. 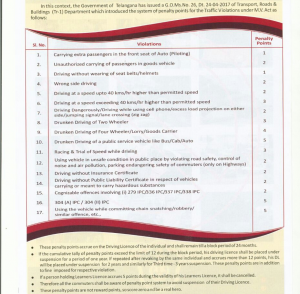 Drunken driving on a two-wheeler will get 3 points and a four-wheeler will get 4 penalty points, and a public-service vehicle such as a bus or a cab will be penalized with 5 points. Drivers will be penalized with one point of found driving a two-wheeler without a helmet and not using a seat belt while driving a four-wheeler.
Wrong side driving, driving while using a mobile phone, jumping signal, will be 2 points penalty. Offence like over speeding or racing will get 3 points penalty.
The Penalty Point System is being introduced for the first time in India to inculcate self-discipline among commuters.

Post Views: 273
Share
Previous 20 ISIS Terrorists Killed By Iraqi Forces
Next Hayath Nagar Police Arrested 7 Members of the Gang out of 9 Cheating a Retired Custom Superintendent and His Wife