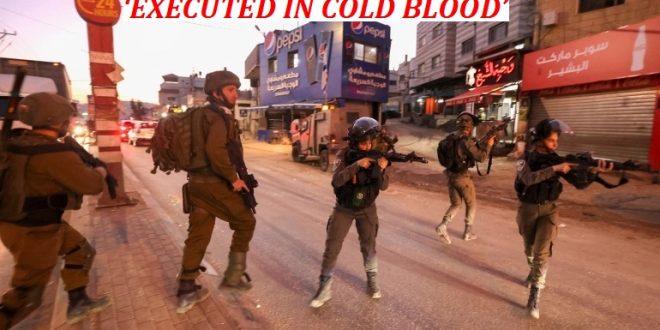 JERUSALEM/ GAZA: The killing of a Palestinian man by an Israeli soldier in broad daylight in the occupied West Bank has sparked widespread anger among Palestinians, amid calls on social media to escalate resistance acts against the Israeli occupation. 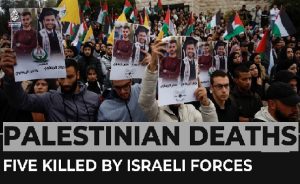 The last moments of Ammar Mufleh, 23, were captured on video on Friday by an unknown Palestinian. Footage showed Mufleh being held in a headlock by an Israeli soldier, as two other men try to wrestle him away. Mufleh then appears to strike the soldier and attempt to take hold of his rifle before the soldier pulls out a handgun and shoots him several times as he falls to the ground.

In the immediate aftermath, Israeli forces took away Mufleh’s body, denying him a funeral, a well-versed humiliation and control tactic against Palestinians who are shot dead by Israeli forces. Confrontations broke out in the town and several Palestinians were subsequently injured, local media reported.

The incident took place in the occupied West Bank town of Huwara, south of Nablus, which went on a commercial strike the following day in protest at Mufleh’s killing.

The Palestinian foreign ministry condemned the shooting as tantamount to an execution, meant to escalate already spiraling violence in the occupied territory.

Palestinian activists and social media users used the hashtag “Huwara Execution” in Arabic and called for a response to Israel’s crimes. 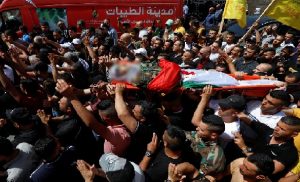 Abdelrahim al-Sheikh, a lecturer at Birzeit University, wrote on Facebook: “There is no option for the Palestinian, who has sprung out of this land, except to defend himself in the face of the terrorism of the (Israeli) occupier.”

A statement issued by the Lions’ Den, a Palestinian multi-factional armed group, called on people to block the roads and take to the streets in protest.

The group said it carried out “shooting operations” at Israeli targets in the vicinity of Nablus, after midnight, as well as firing at an Israeli military point on Mount Gerizim.

“We call on our brothers, the fighters of the factions, to close ranks and direct our guns together in order to avenge the blood of the martyrs,” their statement said.

Radwan al-Akhras, a Palestinian writer, pointed out that this is the 10th Palestinian to be killed by Israel in 10 days, and said they are not merely statistics, but people who had families and loved ones, hopes and dreams.

“The scene of the cold-blooded execution of the Palestinian youth #Ammar_Mufleh by the Israeli soldier is one of the most difficult scenes I have seen in my life,” he wrote on Twitter. 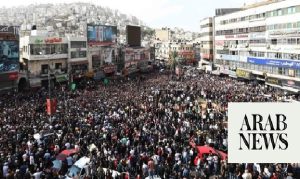 Rising tensions have made 2022 the deadliest year since the end of the second Intifada in 2005, with at least 207 Palestinians killed in the occupied territories of the Gaza Strip, West Bank, and East Jerusalem.

For their part, Israel’s police said in a statement that its border guards were approached by several suspects when one “pulled out a knife and stabbed one of them”.

The guards “responded by shooting one suspect and neutralizing him”, the statement said, adding that one of the guards suffered minor injuries.

Palestinians dismissed this version of events, saying that Mufleh was unarmed and that the alleged murder weapon was not found.

Ahmed Majdalani, a member of the Palestine Liberation Organization’s (PLO) Executive Committee, said that the Israeli occupation forces had executed Mufleh in full view of the whole world, and is a clear sign of the “new fascism” in Israel. (Int’l News Desk)