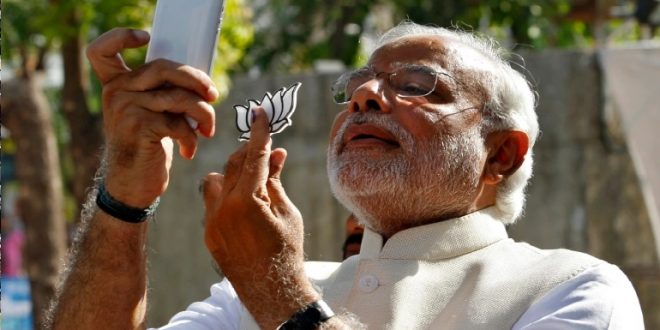 A swiftly deleted tweet from his main @narendramodi handle declared India had adopted Bitcoin as legal tender and was distributing the cryptocurrency to citizens. 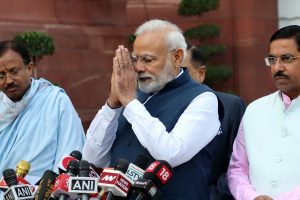 It said the Indian government had officially bought 500 Bitcoins and was “distributing them to all residents of the country”, along with a scam link.

Any tweet shared during the brief period when the account was compromised must be ignored, it said.

It was not immediately known how long the personal Twitter handle of Modi, which has more than 73 million followers, was compromised.

A Twitter spokesperson said in an emailed statement to media that the company took all necessary steps to secure the compromised account as soon as it became aware of the activity. An investigation revealed no signs of any other affected accounts, the spokesperson added.

Modi’s account was previously briefly compromised in September 2020, when hackers asked followers in a series of tweets to donate to India’s National Relief Fund through cryptocurrency. 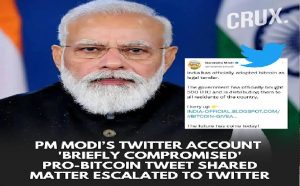 Two teenagers and a 22-year-old were charged with the hacking, according to the US Department of Justice.

After stealing employee credentials and getting into Twitter’s systems, the hackers were able to target other employees who had access to account support tools, the company said.

The hacks led to bogus tweets being sent out on July 15 from the accounts of Obama, Biden, Musk and a number of tech billionaires including Amazon CEO Jeff Bezos and Microsoft co-founder Bill Gates. Celebrities Kanye West and his wife, Kim Kardashian West, were also hacked.