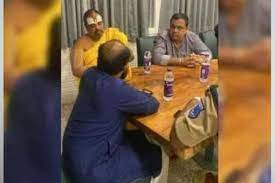 Hyderabad, Oct.28 (PMI): The Cyberabad Police approached High Court For The State of Telangan at Hyderabad Challenging the order of City Court which rejected the police petition seeking judicial remand for three persons who allegedly tried to poach four MLAs of the Telangana Rashtra Samithi (TRS).

The police filed a petition in the High Court, seeking the speedy conduct of investigation into the case. Responding to the petition, the High Court said that it would review the matter on Saturday.

According to sources, the police, who have released the accused following the Court order, are reportedly seeking legal opinion for their next course of action in the case.

It is known that based on a complaint lodged by Tandur MLAs Pilot Rohit Reddy, the police registered an First Information Report (FIR) against Ramachandra Bharati of Delhi, Nanda Kumar of Hyderabad and Simhayaji Swamy of Tirupati.

The case was registered under the Indian Penal Code (IPC) sections 120 B (criminal conspiracy), 171-B (bribery) read with 171-E (punishment of bribery), 506 (punishment for criminal intimidation) read with 34 (acts done by several persons in furtherance of common intention) and section 8 of Prevention of the Corruption Act.

According to the complainant, the accused offered him an amount of Rs 100 crore. They also offered to give Central Government Civil contract works and other high Central Government positions for monetary benefits and lured him to join the BJP.

The MLA told police that they warned that if he does not join the BJP, there will be criminal cases and raids by ED/CBI and the Telangana Government led by TRS will be toppled by them.

The accused offered bribes of Rs 50 crore each to three other MLAs to join the BJP.

However, the Court refused to send them to judicial remand, citing lack of evidence. The court observed that the Prevention of Corruption Act does not apply to the case as there is no evidence of bribe money. (PMI)