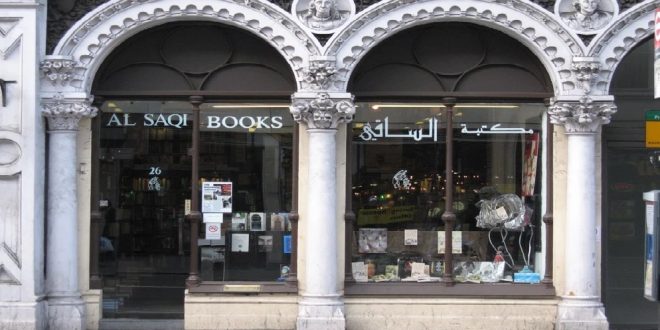 LONDON: The last days of Al-Saqi Books were some of its busiest.

A closing-down sale ensured a steady stream of customers flitting in and out, most expressing confusion and disappointment at the news that the iconic London bookshop, located in the Bayswater area, would close its doors for the final time on December 31. 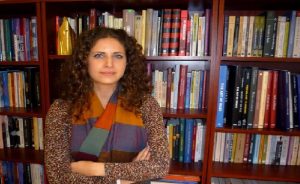 “It’s such a sad trend,” muttered one older man in a Syrian dialect as he stood by the cashier. “People don’t want to read books anymore; they prefer their tablets and laptops.”

Established in 1978 as the first Arabic bookstore in London, Al-Saqi Books represented a treasure trove of literary works for Arab expatriates living in the city and across Europe. It was an essential destination for Arabs visiting London, who were buoyed by the fact that they could get their hands on books that would otherwise be censored in their own countries.

“For Arab tourists, Saqi Books was a must-see place,” said Badr al-Modaires, a Kuwaiti writer in his late 60s who travels to London four times a year.

“It’s one of the symbols in London,” he added.

“Every visit here, I have to go and buy books for myself and my friends, who give me a list of what they want.”

‘A home away from home’ 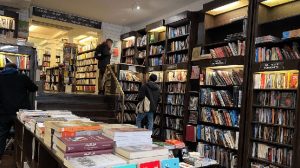 As one of the co-founders, shutting down the bookshop after 44 years was the last thing that she wanted.

“I’ve spent a lifetime caring for this bookshop more years than raising my own children,” she said. “My husband, also a co-founder, feels like he is losing a child. But have you seen what London is like these days? It’s too much.”

Various economic challenges, some driven by the United Kingdom’s departure from the European Union and fallout from the coronavirus pandemic, along with high shipping costs, increasing prices of books and extortionate taxes, have weighed heavily on the shop.

“I read somewhere that two-thirds of UK residents are cutting down on non-essential stuff, and books and the cinema count as non-essential,” she said. “Recreational items are now available from the comfort of one’s home, whether that is buying a digitized book or renting a movie.”

Gaspard, along with her husband Andre and their late friend Mai Ghoussoub were living in Paris during the late 70s, having fled Lebanon due to the civil war. Together, they decided on opening the bookshop after Ghoussoub noticed a lack of a physical Arab cultural space in London. 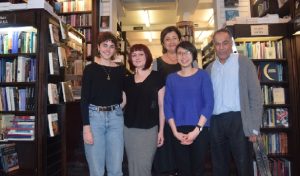 The name Saqi and its logo are derived from a painting by an influential Iraqi artist, Jawad Salim, called The Water Seller.

“We liked it because we saw it as a metaphor for watering culture, or a culture-seller,” Gaspard said.

The bookshop started small, buying stock from publishers in Lebanon and Egypt.

“In the 80s, the Arabs were thirsting for knowledge and treated our bookshop as an oasis,” she said. “It was a home away from home.”

The shelves later grew to include books in English, to satisfy growing curiosity among Westerners to learn about Arabs culturally, something that was limited by the mainstream media’s portrayal of the Arab world but the past four decades were not without challenges and controversy. (Int’l Monitoring Desk)