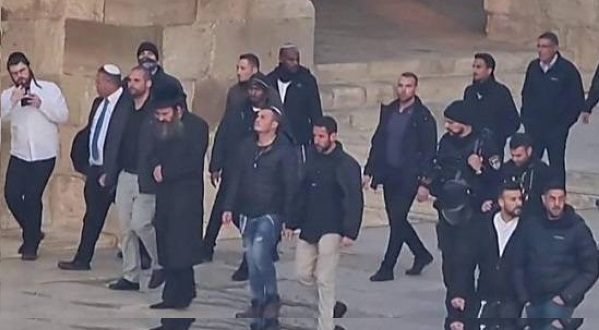 JERUSALEM: Israel’s far-right national security minister, Itamar Ben-Gvir, has entered the compound that houses the Al-Aqsa Mosque in occupied East Jerusalem, in a move that threatens a backlash from Palestinians who have labelled the act an “unprecedented provocation”. 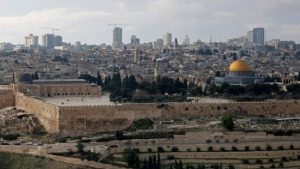 Ben-Gvir was seen at the site on Tuesday under heavy security.

“Our government will not surrender to the threats of Hamas,” Ben-Gvir said in a statement published by his spokesman, after the Palestinian group that governs the besieged Gaza Strip warned that such a move would cross a “red line”.

Ben-Gvir has long called for greater Jewish access to the holy site, which is viewed by Palestinians as provocative and as a potential precursor to Israel taking complete control over the compound. Leading rabbis forbid Jews from praying on the site.

Ben-Gvir wrote on Twitter after his visit that the site “is open to all and if Hamas thinks that if it threatens me it will deter me, they should understand that times have changed”.

Ofir Gendelman, who has long served as Prime Minister Benjamin Netanyahu’s Arabic-language spokesman, released a video saying that the “situation is completely calm” at the holy site following Ben-Gvir’s departure.

The visit appears to have been calculated to avoid a direct confrontation with Palestinians, having come early in the morning, and a day after Ben-Gvir had appeared to backtrack from his plans, thereby avoiding a gathering of Palestinians at the site. 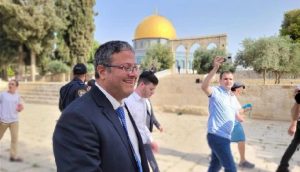 However, the Palestinian foreign ministry said it “strongly condemns the storming of Al-Aqsa mosque by the extremist minister Ben-Gvir and views it as unprecedented provocation and a dangerous escalation of the conflict”.

Jordan and the United Arab Emirates, which both have peace treaties with Israel, have condemned what they called Ben-Gvir’s “storming” of Al-Aqsa. Saudi Arabia also condemned the Israeli minister.

Israel’s opposition leader and former Prime Minister Yair Lapid had warned on Monday that Ben-Gvir’s planned entrance to the compound would lead to violence, and called it a “deliberate provocation that will put lives in danger”.

Ben-Gvir was sworn in last week as part of a new far-right government led by Benjamin Netanyahu.

At the compound, Islam’s third holiest site after Mecca and Medina, only Muslim worship is allowed under the status quo. The Israeli far right has been attempting to change this and allow Jewish prayer at the site, despite opposition from many ultra-Orthodox Jews and prohibition from leading rabbis.

Palestinians fear that this may lead to a change to the status quo of the site, as far-right Israelis have been calling for a Jewish temple to be built there in place of the Al-Aqsa Mosque. 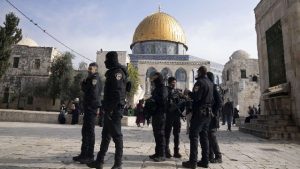 Israeli media had reported that Netanyahu had been negotiating with Ben-Gvir after it emerged that he was planning to enter the site, in an effort to get him to call off his plans. Former Israeli prime minister Ariel Sharon’s entrance to the site in 2000 sparked the second Palestinian Intifada or uprising.

Journalist Sara Khairat, reporting from occupied East Jerusalem, said Ben-Gvir spent a short amount of time in the compound “in the early hours of this morning”.

“That’s no surprise because of the provocation that it would cause especially amongst the Palestinians and the Muslim world,” Khairat said.

“(Ben-Gvir) also has sweeping powers over the police, (so it) came as no surprise that this decision (to enter the Al Aqsa compound) would happen very quickly. (Int’l News Desk)