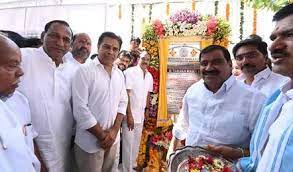 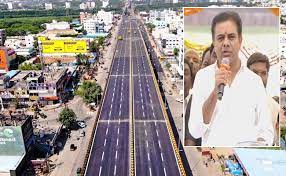 The 990 meters in length of flyover was constructed by the Greater Hyderabad Municipal Corporation (GHMC) as part of its Strategic Road Development Programme (SRDP). The total cost of the flyover is Rs 143.58 crore which includes utility shifting, land acquisition, etc.

Speaking on the occasion, Minister KT Rama Rao said the new flyover would ease the traffic on the busy Uppal to LB stretch (both ways) and the travelling time would be reduced drastically on this busiest route. 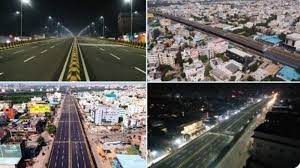 He said the State government had initiated  massive infrastructure in different parts of the city to ensure hassle-free and smooth travel experience to people duly saving their time and it was aimed at completing  another four projects by March, 2023 under the SRDP.

Minister Malla Reddy and LB Nagar MLA Sudhir Reddy and others were present.

According to officials, out of the 47 SRDP works proposed, the GHMC took up 41 works and another six works were taken up by the HMDA, R&B department and National Highways Authority of India (NHAI).

Till date, 31 SRDP projects that include flyovers, RuBs and RoBs, have been completed and the remaining were under progress. (PMI)