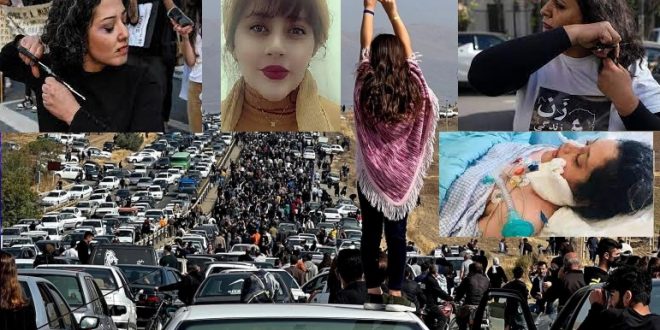 TEHRAN: Iranian security forces have clashed with people taking part in a memorial for Mahsa Amini, according to a semi-official news agency, as thousands gathered in her hometown of Saqqez to mark 40 days since her death. 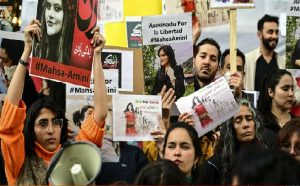 “A limited number of those present at Mahsa Amini’s memorial clashed with police forces on the outskirts of Saqqez and were dispersed,” ISNA news agency reported on Wednesday. “Following the scattered clashes, internet in Saqqez was cut off due to security considerations.”

Amini, a 22-year-old Kurdish woman, died in the capital, Tehran, on September 16 after being detained by the country’s morality police for allegedly wearing improper hijab. Her family have challenged a state investigation that blamed pre-existing conditions for her death which, it said, was not the result of Amini being hit.

The weeks-long protests first broke out in Saqqez, in the northwestern Kurdistan province. They have since spread quickly across the country, persisting amid severe internet restrictions that remain in place.

The 40th day since someone’s funeral, known as “chehelom”, holds cultural significance in Iran and religious importance for Shia Muslims.

On Wednesday, videos circulating on social media showed large crowds marching and driving towards the Aychi cemetery in Saqqez, where Amini was laid to rest.

Those gathered included people converging from other cities and appeared to number in the thousands. Many 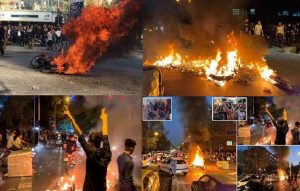 chanted “woman, life, freedom” and “freedom, freedom”, slogans that have been widely used in the demonstrations across Iran, as well as in solidarity protests that have been organised outside the country.

Speaking from Tehran, Al Jazeera’s Dorsa Jabbari said an estimated 10,000 people were reportedly in attendance at the cemetery to pay their respects to Amini.

“Following the services that took place, when people were dispersing that’s when the disputes erupted between the people there and the security forces – as a result of which, we heard that the government there has decided to cut off the internet due to security considerations,” added Jabbari.

“That means that nearly 1.5 million people in Kurdistan province will not have access to the internet for the foreseeable future.”

Earlier on Wednesday, all schools and universities across the province had been ordered closed, with officials citing an “increase in the spread of influenza” as the reason. 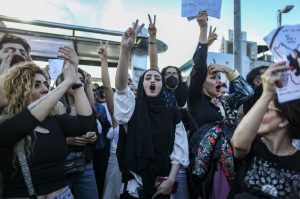 There were reports that popular figures like legendary footballer Ali Daei had travelled to Saqqez for the memorial, and that authorities had closed off roads into the city, leading people to cross rivers and walk long distances to get to the cemetery, all of which were rejected by state-affiliated media.

Esmail Zarei Kousha, the governor of Kurdistan, said on Wednesday foreign-based media were trying to use Amini’s chehelom as an excuse to sow unrest.

Iran’s foreign ministry this week imposed sanctions on several Europe-based Persian-language channels for “inciting terrorism” in relation to their coverage of the protests.

In the capital, Tehran, videos circulating on social media on Wednesday appeared to show demonstrations in several neighborhoods and universities, as well as closed shops. (Int’l Monitoring Desk)