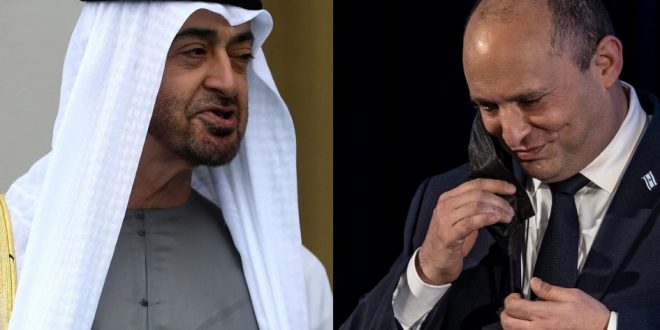 DUBAI/ JERUSALEM: Israeli Prime Minister Naftali Bennett will travel to the United Arab Emirates to meet the Gulf state’s de facto ruler, in the first-ever visit to the UAE by an Israeli prime minister.

Bennett will depart for the high-level public visit on Sunday and will meet Crown Prince Sheikh Mohammed bin Zayed al-Nahyan on Monday, Bennett’s office said in a statement.

The leader will discuss “deepening the ties between Israel and the UAE, especially economic and regional issues,” the statement said. 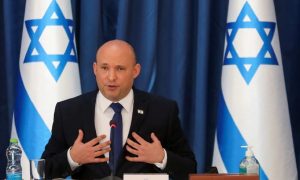 “This is the first official visit by an Israeli prime minister to the UAE,” it added.

There was no immediate confirmation from the UAE.

The two countries formalized relations last year as part of a US-brokered agreement known as the Abraham Accords. The agreement has led to a raft of deals ranging from tourism and business to cutting-edge technology.

The meeting comes against the backdrop of struggling nuclear talks between world power and Iran.

Underpinning UAE-Israel ties is a shared concern over Iran’s nuclear reach in the region. Israel says it is determined to prevent Tehran from obtaining nuclear weapons, while Tehran insists its nuclear program is solely for peaceful purposes.

In recent weeks, Israel has fanned out its top diplomats to meet with allies in Europe, the United States and the Middle East to push for a firmer approach to Iran.

Former US President Donald Trump unilaterally withdrew the United States from the nuclear deal in 2018 and stepped up sanctions against Iran. 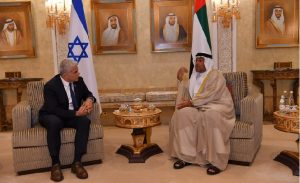 Talks in Vienna now aim to bring the United States back into the deal and return Iran to full compliance with its commitments.

Bennett has called for the Vienna talks to be halted, accusing Tehran of “nuclear blackmail” and charging that it will use any revenue from sanctions relief to bolster a military arsenal that can harm Israel.

The trip was the first of its kind since relations between the two countries were downgraded in 2016.

Bennett’s visit to the UAE follows a historic trip by Foreign Minister Yair Lapid in June on the occasion of the inauguration of the Israeli embassy in Abu Dhabi.

Lapid’s meeting with the UAE’s foreign minister was the highest-level visit by an Israeli official to the Gulf Arab state since the two countries formally established relations.

Bahrain, Sudan and Morocco have also moved to establish ties with Israel. The regional rapprochement was deplored by Palestinians who wanted their demands for statehood free of Israeli occupation addressed first. (Int’l News Desk)