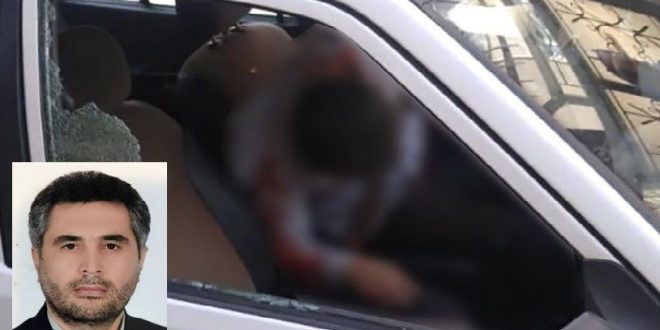 TEHRAN: Iran’s elite Islamic Revolutionary Guard Corps (IRGC) says one of its officers has been assassinated in the capital Tehran by gunmen riding on two motorcycles, according to the state news agency IRNA. 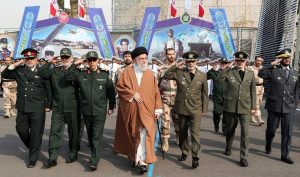 Journalist Ali Hashem said that the IRGC issued a statement on Sunday saying Hassan Sayyad Khodayari was assassinated by enemies of the revolution. He said that Khodayari was a member of the Quds Force (which is responsible for the IRGC’s foreign operations) and that he served in Syria in past years.

The IRGC, the ideological arm of Iran’s military, identified Khodayari as a colonel.

Khodayari was killed by five bullets as he returned home near Mojahedin-e-Islam Street at about 4pm (11:30 GMT), according to the IRNA.

The agency published pictures showing a man slumped over in the driver’s seat of a car, with blood around the collar of his blue shirt and on his upper right arm.

The state agency described him as a “defender of the sanctuary”, a term used to describe anyone who works on behalf of Iran in Syria or Iraq.

‘The enemies of the revolution’

Iran has been a key military backer of the Syrian regime. It has sent thousands of fighters to Syria and Iraq to fight against the ISIL (ISIS) group under the Quds Force that oversees foreign operations. 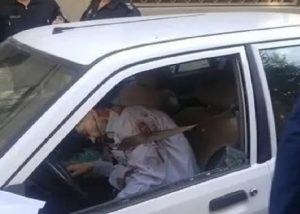 Journalist Hashem, speaking from Doha, said that this assassination is being seen in a different context.

“This is probably for the first time, an assassination is related to Iran’s regional policies if that’s the right word to say.

“It seems very clear that the Iranians were keeping a distance in all the statements that were issued in Tehran from pointing fingers to a direct side. They did not say Israel. They kept a distance from naming who is behind the assassination.”

Instead, they blamed ‘the enemies of the revolution’ for the killing, Hashem said.

Speaking from Tehran, Abas Aslani, a Senior Research Fellow, at the Centre for Middle East Strategic Studies, said “the removal of an influential IRGC figure is aimed at creating psychological operation in the country.”

“I think the timing is also very important, the government is making economic reforms that can be a potential for some protests in the country,” Aslani told media. 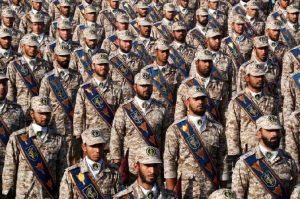 In a statement posted on their website, the IRGC also denounced a “terrorist act” they claimed was carried out by “elements linked to global arrogance”.

The IRGC said they launched an investigation to identify the “aggressor or aggressors”.

The motorcycle attack was a reminder of the killing of Iranian nuclear scientist Mohsen Fakhrizadeh in November 2020.

At least six Iranian scientists and academics have been killed or attacked since 2010, several of them by assailants riding motorcycles, in incidents believed to have targeted Iran’s nuclear program, which the West says is aimed at producing a bomb.

Iran denies this, saying its nuclear program has peaceful purposes, and has denounced the killings of its scientists as acts of “terrorism” carried out by Western intelligence agencies and the Israeli Mossad. Israel has declined comment on such accusations.

“This is not the first time that assassination has taken place in Tehran. There have been examples in the past. And most of the time the Israelis and Americans have been at fault,” Aslani from the Centre for Middle East Strategic Studies, said. 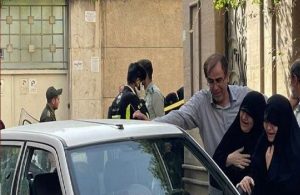 In a separate development, Iran’s state TV earlier announced that members of an Israeli intelligence network had been found and arrested by the IRGC.

“Under the guidance of the Zionist regime’s intelligence service, the network attempted to steal and destroy personal and public property, kidnapping and obtaining fabricated confessions through a network of thugs,” the IRGC public relations service said in a statement.

The Israeli Prime Minister’s Office, which oversees the national intelligence agency Mossad, declined comment on the events in Tehran.

In April, Iran’s intelligence ministry said it had arrested three Mossad spies, according to a statement published by the semi-official Fars news agency.

In January 2020, General Qassem Soleimani, head of the Quds Force and architect of its regional security apparatus, was killed following a United States air raid at Baghdad’s international airport.

The White House and the Pentagon confirmed the killing of Soleimani in Iraq, saying the attack was carried out at the direction of then US President Donald Trump and was aimed at deterring future attacks allegedly being planned by Iran. (IRNA)