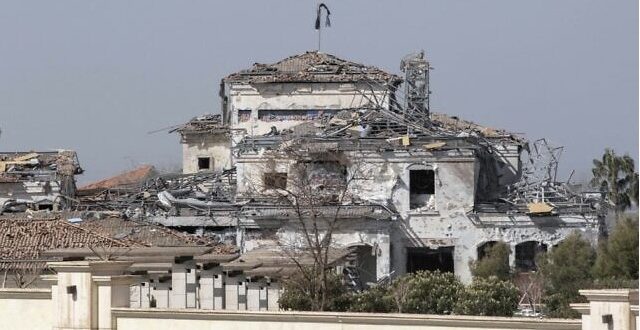 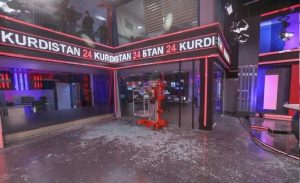 The elite forces in a statement released on Sunday said it targeted the Israeli “strategic centre” in the country.

“Any repetition of attacks by Israel will be met with a harsh, decisive and destructive response,” the statement said.

Israel killed two Iranian members of the IRGC earlier this week in Syria, a close ally of Tehran.

Earlier, Kurdish officials said a dozen ballistic missiles launched from outside Iraq struck the region, with Erbil Governor Omed Khoshnaw telling local broadcaster Rudaw that there was a terror attack against the US Consulate.

According to the Kurdish interior ministry, the missiles caused only material damage to the new consulate building and injured one civilian.

A US State Department spokesperson called it an “outrageous attack” but said no Americans were hurt and there was no damage to US government facilities in Erbil. 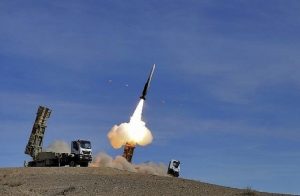 In a post on KRG’s official Twitter account, Barzani said: “Erbil will not bow down to cowards. I strongly condemn the terrorist attack on several places in Erbil.”

“It’s premature to point finger of blame at specific party but initial reports show indisputably that it was a cross-border short range missile attack,” an Iraqi security official, who spoke on condition of anonymity, said.

“Parts of the fired missiles were retrieved and it was manufactured by Iran,” he said.

The US forces stationed at Erbil’s international airport complex have in the past come under fire from rocket and drone attacks that US officials blame on Iran-aligned armed groups, but no such attacks have occurred for several months.

The last time ballistic missiles were directed at US forces was in January 2020 – an Iranian retaliation for the US killing earlier that month of its military commander Qassem Soleimani at Baghdad airport. 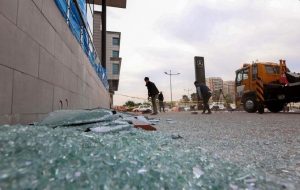 No US personnel were killed in the 2020 attack but many suffered head injuries.

“So far there is no official confirmation about these 12 missiles being fired from Iran but what we’re hearing from officials is that an investigation has been ordered to try to figure out where these missiles came from and what was the motive,” Al Jazeera’s Osama Bin Javaid said, speaking from Baghdad.

He added that the missiles come at a “critical junction” of Iran’s relations with the world, where Vienna talks about reviving the 2015 nuclear deal have been suspended.

Iraq and neighboring Syria are regularly the scenes of violence between the US and Iran. Iran-backed Shia groups have attacked US forces in both countries, and Washington has on occasion retaliated with air raids.

Kurdish officials did not immediately say where the missiles struck. A spokesperson for the regional authorities said there were no flight interruptions at Erbil airport.

Residents of Erbil posted videos online showing several large explosions, and some said the blasts shook their homes. The Reuters news agency said it could not independently verify those videos. 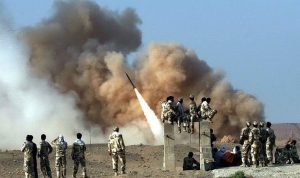 Iraq has been rocked by chronic instability since the defeat of the ISIL (ISIS) group in 2017 by a loose coalition of Iraqi, US-led and Iran-backed forces.

Since then, Iran-aligned groups have regularly attacked US military and diplomatic sites in Iraq, US and Iraqi officials say. Iran has denied involvement in those attacks.

Iraqi political parties, most of which have armed wings, are currently in tense talks about forming a government after an election last October.

The powerful Shia cleric Muqtada al-Sadr has vowed to form a government that leaves out Iran’s allies and includes Kurds and Sunnis. (Int’l News Desk)