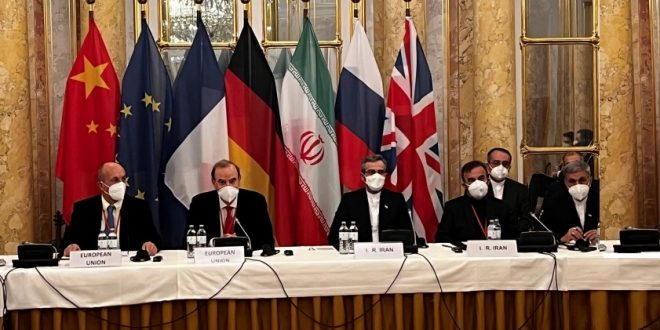 GENEVA/ TEHRAN: Talks are continuing in Vienna to restore Iran’s 2015 nuclear deal with world powers, but a final agreement still appears elusive as Iran and the West have varying views on the path forward. 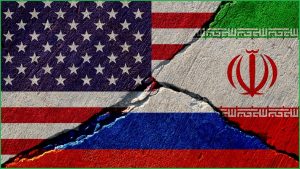 After a week-long pause, representatives of Iran, China, Russia, the United Kingdom, France and Germany reconvened in the Austrian capital to resume their seventh round of talks on Thursday.

Robert Malley, the top representative of the United States which unilaterally abandoned the accord in 2018, imposing sanctions on Iran is expected to lead a delegation in Vienna this weekend.

Iran still refuses to meet the US directly since its withdrawal from the deal, formally known as the Joint Comprehensive Plan of Action (JCPOA), even as President Joe Biden says he wants it restored.

A breakthrough in the talks does not yet appear in sight as differences remain on two texts Iran proposed last week, one on lifting the sanctions and the other on the steps Iran needs to take to scale back its nuclear program that has significantly advanced since 2019. 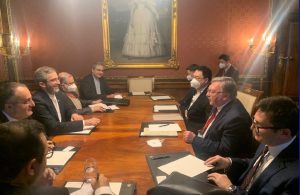 agreed upon by the conclusion of the sixth round of talks on June 20 are maximalist and show the country is not serious about returning to the accord.

The previous text was negotiated under the administration of moderate President Hassan Rouhani, but the conservative President Ebrahim Raisi’s government wants as the European Union envoy’s put it last week, its “new political sensibilities” considered, as well.

In a meeting with Iran’s ambassadors to neighboring countries on Saturday, Raisi said strengthening ties with neighbors to fight sanctions is a “strategic move” for Iran, but he added the country is also “serious” in the Vienna negotiations.

“If the other side has the will to lift the sanctions, a good deal will be made and we are certainly after this good deal,” he said.

Iran, which seeks the full lifting of all US sanctions imposed since 2018, has signaled in recent days its proposed texts have not changed since last week. 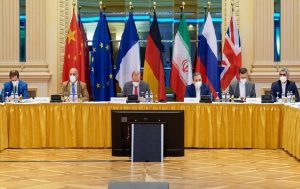 The country previously said it has also prepared a third document, detailing its expectations on a period to verify the lifting of sanctions and guarantees that the US will not renege on the deal again. It said it would present this document once there was an agreement on the initial two texts.

“I felt the other side (European representatives) has found a more serious will to enter effective and result-oriented talks,” Iran’s chief negotiator, Ali Bagheri Kani, told reporters after Thursday’s Joint Commission meeting.

Bagheri and Iran’s foreign ministry also condemned the US for piling on its existing sanctions while the talks are continuing as the Biden administration on Tuesday announced new sanctions against two Iranian security organizations and several officials linked to them.

According to a Wall Street Journal report, the US will also soon send a delegation to the United Arab Emirates to discourage transactions with Iran that are “not compliant” with its sanctions. The report also said the US is working closely with financial firms in Japan and South Korea to stop “illicit” Iranian trade. 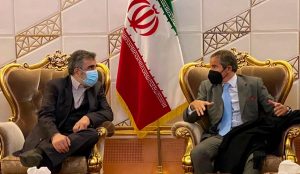 Meanwhile, US representative Malley told media before heading to Vienna that the Biden administration is “privileging the path of diplomacy” with Iran, but is also ready to consider all other options available to it. This comes as the US has also been trying to appease Israeli concerns that Iran is developing a nuclear weapon.

Iran maintains that it will never seek a nuclear weapon, and the International Atomic Energy Agency (IAEA) has confirmed that Iran is not enriching uranium to the 90 percent purity required for a bomb.

In an interview, however, IAEA chief Rafael Grossi said Iran needs to grant more access to his inspectors in order to establish trust as the Vienna talks continue. 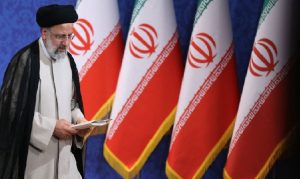 A centrifuge parts production facility in Karaj is of particular concern to the agency as it has had no cameras there since June when a sabotage attack struck that Iran has blamed on Israel. The nuclear watchdog has “categorically” denied the possibility of its cameras being taken advantage of to aid the attack.

“The agency and Iran are trying to come to an agreement basically on two things: one is the ability of the agency to return to one specific facility in Iran where we need to reinstall cameras that need to be there, and it has been difficult to do this. We have been talking about this,” Grossi told media.

“And the other thing is how to address a number of issues, which need to be clarified. The agency found traces of nuclear material in places that have not been declared before.”

As the Vienna talks resumed, the Atomic Energy Organization of Iran (AEOI) also dispatched a delegation to hold talks with the IAEA about the outstanding issues. (Int’l News Desk)