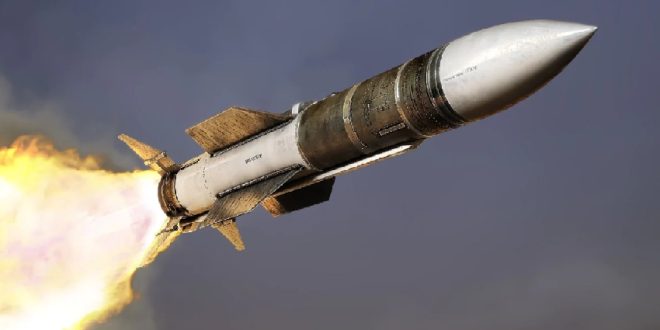 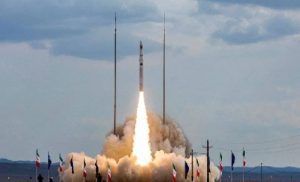 “This missile has a high speed and can manoeuvre in and out of the atmosphere. It will target the enemy’s advanced anti-missile systems and is a big generational leap in the field of missiles,” Commander Amir Ali Hajizadeh was quoted as saying.

Hypersonic missiles can fly at least five times faster than the speed of sound and on a complex trajectory, which makes them difficult to intercept.

However, there have been no reports of such a missile being tested by Iran and, while the Islamic Republic has developed a large domestic arms industry in the face of international sanctions and embargoes, Western military analysts say Iran sometimes exaggerates its weapons capabilities.

Concerns about Iran’s ballistic missiles did however contribute to a US decision in 2018 under then-President Donald Trump to pull out of the nuclear pact that Tehran signed with world powers on 2015.

Last week, Iran said it tested the Ghaem 100, its first three-stage space launch vehicle, which would be able to place satellites weighing 80 kg (180 pounds) in an orbit 500 km (300 miles) from the earth’s surface, according to state media. 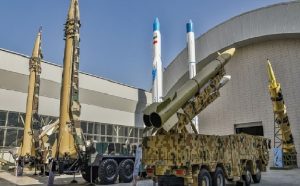 The United States has called such actions “destabilizing” as it believes space launch vehicles could be used to transport a nuclear warhead.

Meanwhile, Iran’s intelligence minister told its regional rival Saudi Arabia on Wednesday that there is no guarantee of Tehran continuing its “strategic patience,” according to semi-official Fars news agency.

“Until now, Iran has adopted strategic patience with firm rationality, but it cannot guarantee that it will not run out if hostilities continue,” Fars quoted Esmail Khatib as saying.

“If Iran decides to retaliate and punish, glass palaces will crumble and these countries will not experience stability anymore.”

Iran has accused foreign enemies of fomenting unrest raging since the death in police custody of Iranian Kurdish woman Mahsa Amini in September after her arrest for allegedly flouting the Islamic Republic’s strict dress code imposed on women.

The protests by Iranians from all walks of life have mushroomed into one of the biggest challenges to Iran’s clerical leaders since the 1979 Islamic Revolution. 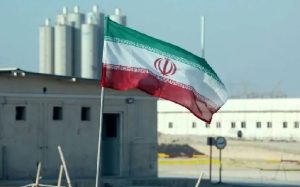 “I am warning the Saudi ruling family…. Watch your behavior and control these media … otherwise you will pay the price. This is our last warning because you are interfering in our state matters through these media. We told you, be careful,” Salami said, according to Iranian state media.

Last week Iran denied that it posed a threat to Saudi Arabia after the Wall Street Journal reported that Riyadh had shared intelligence with the United States warning of an imminent attack from Iran on targets in the kingdom. (Tasnim News)