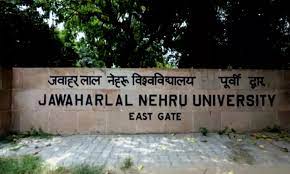 Students clash in JNU ‘ some injured

New Delhi’ Nov 10’2022- Two groups of students in Jawaharlal Nehru University (JNU) on Thursday evening clashed near Narmada Hostel over a personal issue, said an official. Police said that they are enquiring the matter. 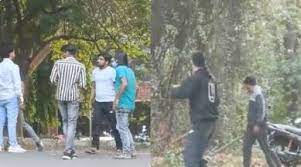 Some students also sustained injuries in the incident. Police have also received medico-legal certificates (MLCs), however, no complaint has been filed by any group.

Meanwhile, several videos of students and youth carrying sticks and stones were also doing rounds on social media. Police teams were also at spot to pacify the situation and an official said that everything was under control.

Manoj C, Deputy Commissioner of Police (southwest), said, a police control room (PCR) call was received on Thursday at around 5 p.m. that students were fighting with each other in JNU near Narmada Hostel following which a police team rushed to the spot. 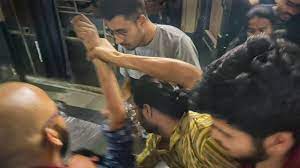 “On reaching the spot, it was revealed that there was a quarrel in two groups of JNU students over a personal issue which led to the fight among them,” said the DCP.

“We have received two MLCs so far but police have not received any complaint in connection with the fight,” said the DCP.

“As and when a complaint is received, a necessary legal action will be taken,” the official added.