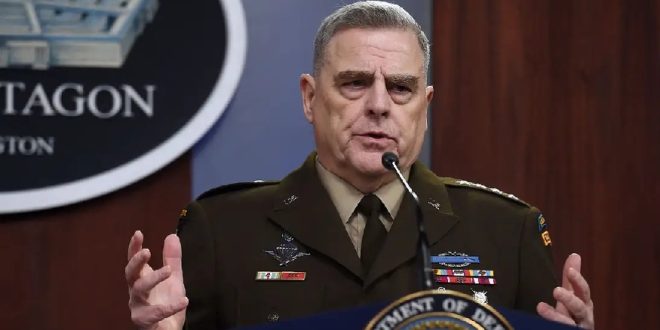 WASHINGTON: About 100,000 Russian soldiers have been killed and wounded since the invasion of Ukraine, and Kyiv’s armed forces “probably” suffered a similar level of casualties, the top US general says. 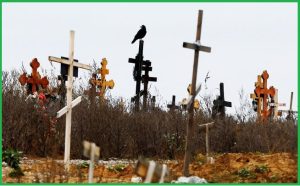 General Mark Milley’s remarks on Wednesday offer the highest US estimate of casualties to date in the nearly nine-month-old conflict, and came as Ukraine and Russia face a potential winter lull in fighting that analysts say could offer an opportunity for some kind of negotiations.

Asked about prospects for diplomacy in Ukraine, Milley noted the early refusal to negotiate in World War I compounded human suffering and led to millions more casualties.

“So when there’s an opportunity to negotiate, when peace can be achieved … seize the moment,” Milley told the Economic Club of New York.

Earlier on Wednesday, Russia announced its troops would withdraw from the west bank of the Dnieper River near the strategic southern Ukrainian city of Kherson in a significant setback for Moscow and potential turning point in the war.

Milley and Ukrainian President Volodymyr Zelenskyy refrained from overplaying the significance of Moscow’s retreat from Kherson, even as US President Joe Biden suggested it was evidence that eight months into the war Russia has “real problems” on the battlefield. 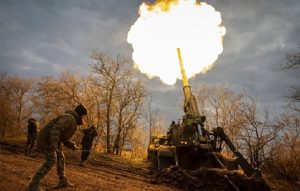 Zelenskyy has suggested Russia could be strategically feigning a pullback.

“The enemy does not bring us gifts, does not make ‘gestures of goodwill’,” Zelenskyy said, adding any gains by Ukraine come at the expense of “lives lost by our heroes”.

Milley said initial indicators suggest Russia was following through with its withdrawal from Kherson but he cautioned it could take time to complete.

“It won’t take them a day or two, this is going to take them days and perhaps even weeks to pull those forces south of that river,” Milley said, estimating Russia probably had 20,000 to 30,000 troops north of the Dnieper River.

‘A lot of human suffering’

The United States and its NATO allies have stopped short of direct intervention in Ukraine, but are arming, advising, and enabling its military to defend Kyiv against Russia’s invading armies.

Milley said the conflict so far had turned anywhere from 15 million to 30 million Ukrainians into refugees, and killed probably 40,000 Ukrainian civilians. 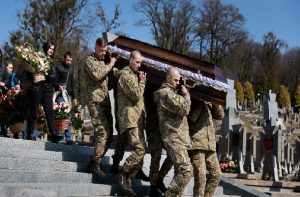 “You’re looking at well over 100,000 Russian soldiers killed and wounded. Same thing probably on the Ukrainian side. A lot of human suffering,” Milley said.

Despite the high casualty numbers, US officials say that Moscow has been unable to achieve its objectives in Ukraine and have raised questions about how long Russia will be able to sustain the war that has also decimated much of its mechanized ground forces and sapped artillery stockpiles.

Earlier, the United States agrees with British and French assessments that Iran supplying drones to Russia would violate a UN Security Council resolution that endorsed the 2015 nuclear deal between Iran and six powers, US State Department spokesman Vedant Patel said on Monday.

“Earlier today our French and British allies publicly offered the assessment that Iran’s supply of these UAVs (for) Russia is a violation of UN Security Council resolution 2231,” Patel told reporters, referring to unmanned aerial vehicles (UAVs), or drones. “This is something that we agree with.” (Int’l News Desk)