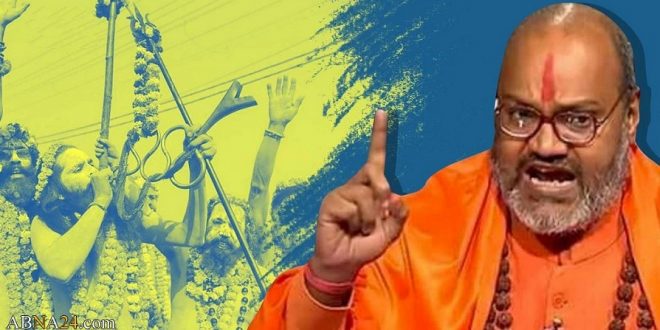 NEW DELHI: A case was registered against controversial priest Yati Narsinghanand along with other speakers at a Hindu Mahapanchayat, for alleged hate speeches, including statements that “50% of Hindus will convert” in 20 years if a Muslim becomes the prime minister of the country and urging people to take up arms. 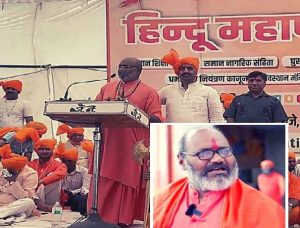 Police said they had denied permission for the event but the organizers still went ahead with the “Mahapanchayat Sabha” and around 700-800 people were present at the venue.

Three First Information Reports (FIRs) have been lodged in connection with the event, police said, adding that legal action is being taken against those spreading rumours and misinformation using various platforms, including through social media.

All cases are being investigated and no arrests have been made yet, police said.

In a statement, the Delhi Police said a request letter seeking permission for organizing the event was received in the North-West district from Preet Singh, president, of “Save India Foundation”. Singh is a resident of outer Delhi’s Mangolpuri.

“The request was denied on the ground that the organizer had no permission from the land-owning agency, Delhi Development Authority for organizing this sabha at the Burari ground. Despite the denial by Delhi Police, on Sunday, organizer Preet Singh reached the Burari ground with his supporters in the morning and started organizing the Hindu Mahapanchayat Sabha. Around 700-800 people gathered at the event place and the invitees of the organizer started delivering speeches from the stage,” the statement said. 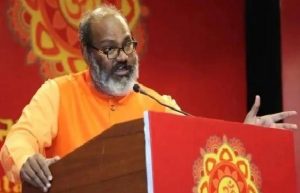 A police team reached the venue of the event. Some of the speakers, including Yati Narsinghanand Saraswati, the head priest of the Dasna Devi temple, and Suresh Chavhanke, chief editor of Sudarshan News, uttered words promoting disharmony, feelings of enmity, hatred or ill-will between two communities.

Accordingly, a case under sections 188 (disobedience to order duly promulgated by public servant) and 153A (promoting enmity between different groups on grounds of religion, race, place of birth, residence, language etc. and doing acts prejudicial to maintenance of harmony) of the Indian Penal Code was registered at the Mukherjee Nagar police station.

The second FIR was registered on a complaint received from two journalists of a news portal, police said.

“In their complaint, they alleged that at around 1.30 pm, when they were rushing towards the exit, they were manhandled and assaulted by a group of people who also tried to snatch their mobile phones and I-cards”, deputy commissioner of police (Northwest) Usha Rangnani said, adding that they refused to undergo a medical test. 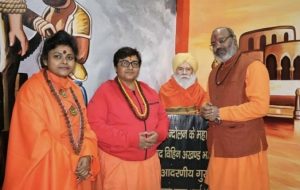 The third FIR was registered on another complaint received from a freelance journalist, who alleged that at around 1 pm, when he and two other journalists were interviewing a man, some people assaulted him, the officer said.

“Police intervened and ensured their safety. They were medically examined and a case under sections 323 (punishment for voluntarily causing hurt) and 341 (punishment for wrongful restraint) of the Indian Penal Code has been registered,” she added.

The development comes after Narsinghanand, notorious for making intemperate remarks against Muslims, stoked yet another controversy with his comment that “50% of Hindus will convert” in 20 years if a Muslim becomes the prime minister of India.

Addressing the “Hindu Mahapanchayat” for which the Delhi administration had not granted permission, he also exhorted Hindus to take up arms to fight for their existence.

The mahapanchayat was organized by Preet Singh of the Save India Foundation.