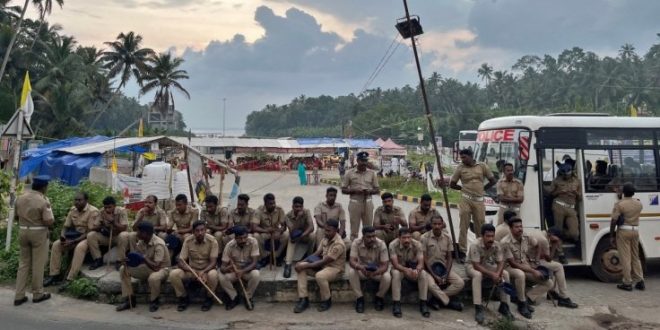 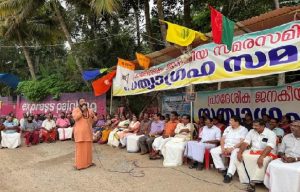 The simple 1,200 square-feet structure with a corrugated-iron roof has since August stood in the way of ambitions for the country’s first container transshipment port – a $900 million project that seeks to plug into the lucrative shipping trade flowing between juggernaut manufacturers in the East and wealthy consumer markets in the West.

Decorated with banners proclaiming “indefinite day and night protest”, the shelter provides cover for roughly 100 plastic chairs, although the number of protesters taking part in the sit-ins on any one day is usually much lower.

Across the street, supporters of the port including members of Prime Minister Narendra Modi’s ruling party and Hindu groups have set up their own shelters.

Even when protester numbers are low, up to 300 police officers with batons will gather nearby each day to carefully monitor the situation. Despite repeated orders by Kerala state’s top court that construction should proceed unhindered, the police are unwilling to take action against the protesters, fearful that doing so will set flame to social and religious tensions simmering over the port.

For Adani, the world’s third-richest person according to Forbes, it’s a high-stakes impasse with no apparent easy solution. 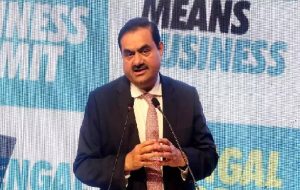 Reuters interviewed more than a dozen protesters as well as port supporters, police officials and reviewed hundreds of pages of filings in legal actions brought by the Adani conglomerate against the Catholic priests leading the protests and against the state government. All point to an intractable divide.

Protest leaders allege construction of the port since December 2015 has resulted in significant erosion of the coast and further building promises to wreak havoc with the livelihood of a fishing community they say numbers some 56,000.

They want the government to order a halt to construction and independent studies on the impact of the port’s development on the marine ecosystem.

The Adani conglomerate plans to send heavy vehicles to the port on Friday after the court this week said vehicle movement should not be blocked. In October, vehicles that tried to exit the port had to turn back.

Eugine H. Pereira, vicar general of the archdiocese leading the protesters, said they would not be removing the shelter despite the court order. 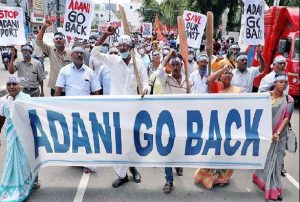 “We are willing to be arrested in large numbers if need be,” he told Reuters.

Adani Group said in a statement the project is in full compliance with all laws and that many studies conducted by the Indian Institute of Technology and other institutions in recent years have rejected allegations relating to the project’s responsibility for shoreline erosion.

“In light of these findings by independent experts and institutions, we feel that the ongoing protests are motivated and against the interests of the state and the development of the port,” it said.

The Kerala state government, which has been in talks with protesters and argues that erosion has occurred due to cyclones and other natural disasters, did not respond to a request for comment.