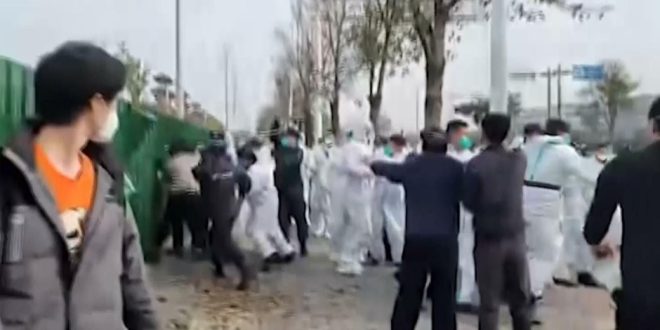 BEIJING: Protests have erupted at the world’s biggest iPhone factory in the Chinese city of Zhengzhou, according to footage circulated widely online. 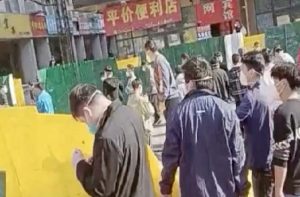 Videos show hundreds of workers marching, with some confronted by people in hazmat suits and riot police.

Manufacturer Foxconn said it would work with staff and local government to prevent further violence.

In its statement, the firm said some workers had doubts about pay but that the firm would fulfil pay based on contracts.

It also described as “patently untrue” rumours that new recruits were being asked to share dormitories with workers who were COVID-positive.

Dormitories were disinfected and checked by local officials before new people moved in, Foxconn said.

Last month, rising COVID cases saw the site locked down, prompting some workers to break out and go home. The company then recruited new workers with the promise of generous bonuses. 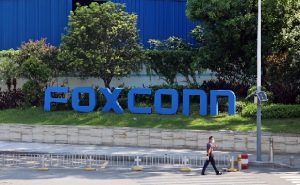 Other workers were seen smashing surveillance cameras and windows with sticks.

“They changed the contract so that we could not get the subsidy as they had promised. They quarantine us but don’t provide food,” said one Foxconn worker during his live stream.

“If they do not address our needs, we will keep fighting.”

He also claimed to have seen a man “severely injured” after a beating from police.

One employee who recently started working at the Zhengzhou plant also told the BBC workers were protesting because Foxconn had “changed the contract they promised”.

He said some newly recruited workers feared getting COVID from staff who had been there during the earlier outbreak.

“Those workers who are protesting are wanting to get a subsidy and return home,” the staff member said.

There was a heavy police deployment to the plant on Wednesday morning, he said. Other livestreamed videos also showed crowds of armed police at the site. 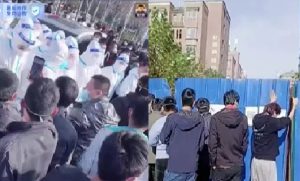 Another newly recruited employee told media, he visited the protest scene on Wednesday where he saw “one man with blood over his head lying on the ground”.

“I didn’t know the exact reason why people are protesting but they are mixing us new workers with old workers who were (COVID) positive,” he told media.

Foxconn, a Taiwanese firm, is Apple’s main subcontractor and its Zhengzhou plant assembles more iPhones than anywhere else in the world.

In late October many workers fled the plant amid rising COVID cases and allegations of poor treatment of staff.

Their escape was captured on social media as they rode Lorries back to their hometowns elsewhere in the central Chinese province.

The firm has since enacted so-called closed loop operations at the plant – keeping it isolated from the wider city of Zhengzhou because of a COVID outbreak there.

Earlier this month Apple said it expected lower shipments of iPhone 14 models because of the disruption to production in Zhengzhou. (BBC)