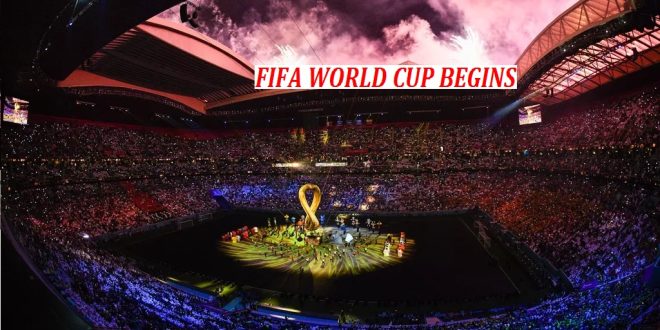 AL KHOR, QATAR: World Cup hosts Qatar have had a disappointing start to their campaign, with a 2-0 defeat to Ecuador leaving them facing an uphill struggle to make it out of their group in their first-ever World Cup. 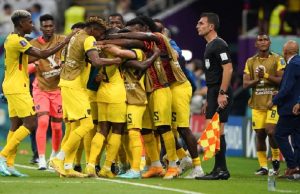 It looked like Qatar had conceded a goal within three minutes of kick-off in the match at the Al-Bayt Stadium in Al Khor on Sunday evening.

But a header from Ecuador’s Enner Valencia, from a long-distance free-kick attempt from Pervis Estupinan close to the halfway line, was struck off by the video assistant referee (VAR) but it was only a temporary reprieve for Qatar, playing in front of Qatari Emir Sheikh Tamim bin Hamad Al Thani, other Qatari royals, and several foreign leaders in a crowd of 67,372.

After just 15 minutes of play, Valencia was brought down in the box by Qatari goalkeeper Saad al-Sheeb and the referee pointed to the spot without hesitation. Slotting in the penalty to the right of the keeper, Valencia became Ecuador’s all-time highest World Cup goal scorer.

Fifteen minutes later, Valencia again found the net doubling Ecuador’s advantage with a header from a cross from just outside the box on the right.

With half an hour gone, Qatar were two-nil down, and had not even had a touch of the ball in the Ecuadorian box. 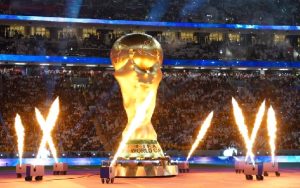 The hosts settled as half-time approached, but could not manage to convert increased comfort into much meaningful attacking play after the break. Ecuador were forced to keep their defensive shape tight as Qatar dominated possession in the second half.

With the game in the final quarter, the ailing double-goal scorer Valencia, the recipient of a few rough challenges, was substituted for Jose Cifuentes. Ecuador, who also face Senegal and the Netherlands in their bid to get out of this group, will hope their star player has not been seriously injured.

A few moments later, Ecuador’s Jeremy Sarmiento, with a little more than 10 minutes on the pitch after coming on for Romario Ibarra, nearly added a third with a curling strike in the 79th minute, but his show flew wide.

An 86th-minute effort could have made Mohammed Muntari a Qatari hero, and almost set Al Bayt alight when he received a long ball and tried to beat the keeper with a smashing volley, only to have the ball land on top of the netting. 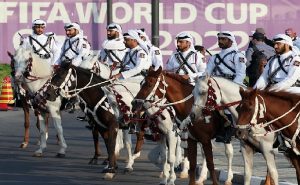 Qatar, the only host nation to lose an opening match in the history of the World Cup, only had five shots in the match and none were on target. The team had just two touches inside the opposition penalty area.

Leaving the stadium, some Qatar fans were shellshocked by the result.

Earlier, the first World Cup to be held in the Middle East has kicked off with a spectacular opening ceremony inside Al Bayt Stadium, a facility designed to resemble a traditional Bedouin tent.

It culminated with a dazzling fireworks display that lit up the sky above the stadium, 44km (27 miles) north of Qatar’s capital, Doha. 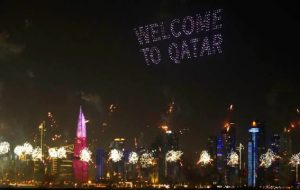 The ceremony was centred on the theme of unity and inclusivity.

“From Qatar, from the Arab world, I welcome everyone to the World Cup 2022,” Qatar’s emir, Sheikh Tamim bin Hamad Al Thani said.

“How lovely it is that people can put aside what divides them to celebrate their diversity and what brings them together,” he said.

“Let this tournament be full of inspiring days of goodness and hope and welcome everyone to the world in Doha.” (Int’l Monitoring Desk)