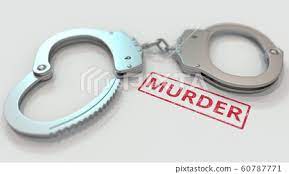 Four arrested for their involvement in murder of man

Hyderabad: The Langer Houz police arrested four brothers who were allegedly involved in the murder of a man reported a week ago.

The arrested brothers were identified as Mohammed Saif, Mohammed Waseem, Mohammed Faisal and Mohammed Sameer, all residents of Golconda.

According to the police, the suspects had lured the victim, Kaleem to Langer Houz area on Sunday last and hacked him to death. “The marriage of Saif’s sister was fixed in March 2022. A few days before the marriage, Kaleem who was reportedly in a relationship with the woman, eloped with her and got married,” said ACP Asifnagar, Shiva Maruthi.

The brothers who felt insulted at the development decided to avenge and on Sunday last, called Kaleem on pretext of getting a house on rent for the couple and allegedly hacked him to death. The police seized a bike, a scooter, two knives and two pipes from them. They were produced before the court and remanded.