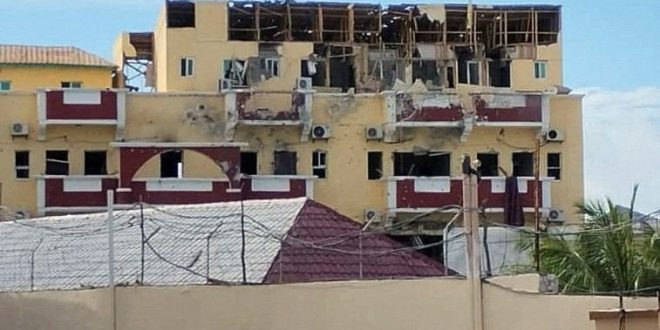 Dozens killed in Al-Shabaab attack on hotel in Somalia

MOGADISHU: Over dozens civilians have been killed and injured in Somalia’s capital, Mogadishu after al-Shabaab militants attacked a hotel, leading to a siege that authorities are still trying to end, an intelligence officer told Reuters on Saturday.

The attackers struck the Hayat Hotel on Friday evening with two car bombs, before entering the facility while firing their guns and seizing control. 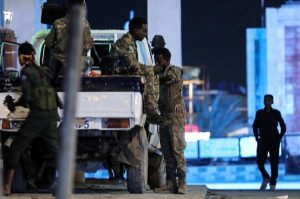 “So far we have confirmed 25 people, mostly civilians, died,” Mohammed, an intelligence officer who only gave one name, told Reuters. “The operation is about to be concluded but it is still going on.”

Sounds of explosions punctuated the night as government forces tried to wrest control of the hotel back from the militants, witnesses said.

Large sections of the hotel were destroyed by the fighting, they said.

The Al Qaeda-linked Al Shabaab group claimed responsibility for the attack, according to a translation by the SITE Intelligence Group, which monitors jihadist group statements.

Al Shabaab has been fighting to topple the Somali government for more than 10 years. It wants to establish its own rule based on a strict interpretation of Islamic law.

The Hayat Hotel is a popular venue with lawmakers and other government officials but there was no immediate information if any of them had been caught up in the siege. (Int’l Monitoring Desk)