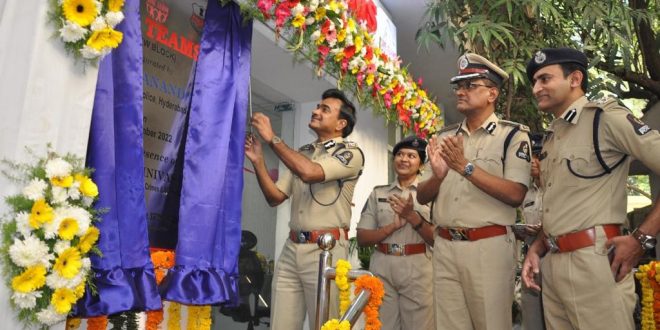 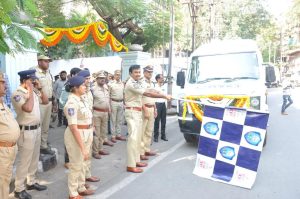 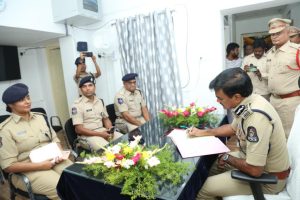 key features of this facility.Accompained by North Zone DCP Smt.Chandana Deepthi and other senior officers of north zone, CP Anand inspected the new facility.
During his address, CP Anand instructed the staff officers of the women PS to work hard to resolve the grievances of women in distress.
“The modern infra development helps in rendering services effectively.” said the city police chief.
“Given the rise of cyber crimes, we are planning to instate 1 cyber crime PS and 1 women PS in each zone.” he said.
The Incognito SHE team unit of Hyderabad City Police, pioneering women safety in the state capital, has also got significant additions in terms of infra, gadgets and man power with the inauguration of new block here at HACA Bhavan by CP Anand. 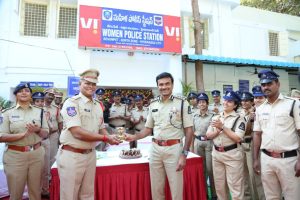 After inauguration, CP Anand accompained by Addl.CP,Crimes Mr.AR Srinivas and other officers inspected the entire facility.Spread across 2000 sq.ft the new facility has modern work stations,reception counters,victim facilitation rooms etc., facilitating a welcoming approach to women in distress.
He also distributed advanced gadgets to effectively carry out the operations.
Addressing the officers, he exhorted them to work in the interior wards of the city, neighbourhoods and instil a sense of confidence among the women. “SHE teams are more approachable and deals every grievance with empathy and confidentiality.” he said. 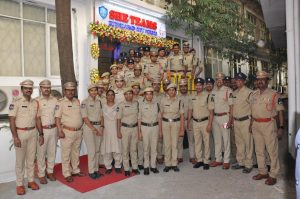 A total of 6 additional teams were pressed into service taking the exisiting teams from 9 to 15.Each team comprising 1 SI and 4 PCs will work round the clock in all five zones.
On the side lines of the occasion, he also flagged off 5 AV vehicles fitted with digital screens .These vehicles will be deployed to wards and communities to create awareness.
“Some of the cases solved by SHE teams have even had a significant impact beyond basic police action.” said Addl.CP (Crime & SIT) Mr.AR Srinivas.
Mr.Gajarao Bhupal, Jt.CP(DD); Smt.Sirisha, Addl.DCP(SHE teams & Bharosa), Inspectors and other staff officers were present.(Press media of india)