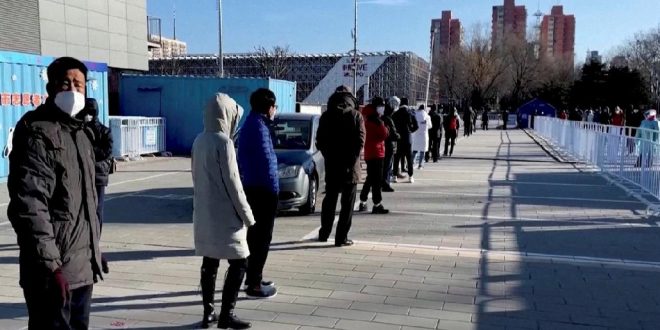 BEIJING: Weeks after China gave up its zero-COVID strategy, the country is witnessing a new outbreak. Concerned citizens are rushing to the pharmacies to buy medicine, while crematoriums across China struggle to cope with the rising number of deaths. 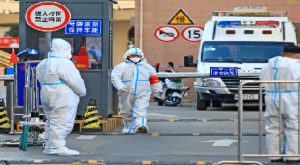 This week, Chinese authorities announced another change they would narrow the definition of COVID-19 deaths by only including deaths from pneumonia or respiratory failure.

Meanwhile, people are lining up at “fever clinics” in many Chinese cities and many citizens are isolating at home. Witnesses told DW that major cities in China have been “crazy quiet” over the last few weeks.

“I took the subway last Sunday to go play football and there were only foreigners,” said David, a non-Chinese national living in Guangzhou. “I went to the shopping district last Friday and there was no one. The only people visible were the delivery drivers. I have not seen it like this since 2020.”

Even Chinese officials admit it is hard for them to keep track of the outbreak at this point, a development also noted by the World Health Organization.

“In China, what’s been reported is relatively low numbers of cases in ICUs, but anecdotally ICUs are filling up,” said Mike Ryan, the emergencies director for WHO. “I wouldn’t like to say that China is actively not telling us what’s going on. I think they’re behind the curve.”

While schools in China’s commercial capital of Shanghai have moved courses online, authorities in several cities, 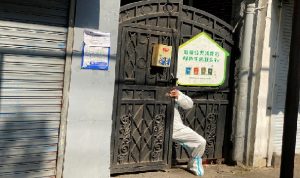 including Guiyang and Chongqing, are urging Chinese citizens with mild symptoms to return to work this week but the memories of people being taken into centralized quarantine facilities are still fresh in people’s minds. Liu, a Chinese citizen, told DW many people refuse to go back to the office.

“Taking public transportation or going to work now are very scary things,” she said. “The first thing I do after getting home now is to test myself and see whether I’ve been infected. If the result remains negative, I’ll continue to wait for the day when I’m tested positive.”

With less medicine available in pharmacies to treat COVID symptoms, drugs are growing more expensive online and many people living in China are reaching out to family members or friends abroad.

“Some Chinese people try to buy up fever-reducing medications and re-sell them at a price that’s two or three times higher online,” said a Chinese citizen surnamed Chu.

To cope with the shortage, several Chinese cities have imposed limits on the number of drugs each person can buy. In Beijing and the southern Chinese city of Zhuhai, local authorities have divided fever medications from large 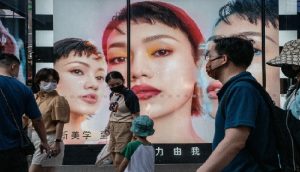 packages into individual tablets for sale. Chinese authorities believe it would take two to four months for the country to get out of the current outbreak.

Chunhuei Chi, director of the Center for Global Health at Oregon State University in the US, says many experts saw the outbreak coming even before Beijing decided to dismantle its zero-COVID strategy. The government’s focus on anti-pandemic measures has prevented China from boosting vaccination rates among vulnerable groups.

“China dragged its feet and ended up with an insufficient vaccination rate for the elderly,” he told media. “And when they are overly reliant on the zero-COVID strategy, they fail to ensure the capacity of its medical system is sufficient while lacking enough natural immunity for its population. They thought they could contain the spread of the omicron variant, but they can’t achieve that goal.” (Int’l Monitoring Desk)