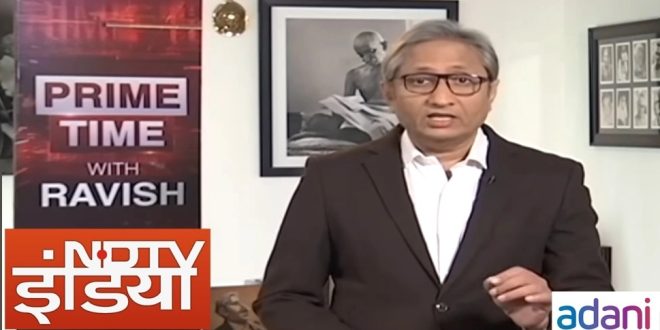 NEW DELHI: The resignation of one of India’s most popular TV journalists from a network recently acquired by a billionaire tycoon close to the ruling party has sparked concerns over press freedom in the country.

Ravish Kumar, 47, announced his exit from New Delhi Television Ltd (NDTV) on Wednesday, a day after the network’s founders Prannoy and Radhika Roy stepped down from its board. 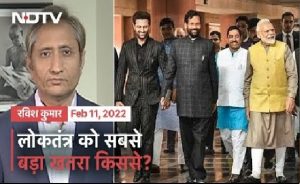 Many have called the NDTV takeover by Adani a “hostile takeover” and the Adani Group is still trying to get a majority share, having made an open offer for a further 26 percent stake in the company which would raise its stake to more than 55 percent.

‘Forced to work as brokers’

Kumar worked at NDTV’s Hindi network for 27 years and made his reputation as a diligent and articulate presenter who did not mince words when addressing burning issues.

The popular evening show he hosted was viewed by millions in a country that has seen a spike in anti-Muslim sentiment and policies pushed by the BJP and its allies in recent years.

Kumar frequently called out his competitors during his shows, accusing them of defending the government and peddling Hindu-Muslim hatred. He even coined a name for them: “godi media” (godi in Hindi means a lap). 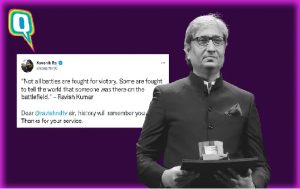 “Those who are spending lakhs of money on studies to become journalists, they will be forced to work as brokers,” Kumar said in a video message he posted after his resignation on YouTube on Thursday.

“And those who are working as journalists at present, they all have to suffer. Some are feeling exhausted and many are leaving the profession. Many say that apart from being compelled to a job, there is no passion left for being a journalist,” he said.

Writer and activist Revati Laul worked with NDTV for 12 years until 2009.

Laul said she fears there won’t be another broadcaster like NDTV “because now we have passed the era of television news reporting and there is only television news propaganda”. 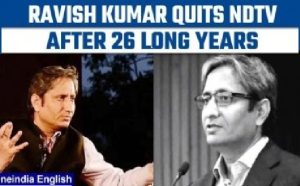 Geeta Seshu, co-founder of the Free Speech Collective independent organization, told Al Jazeera the diversity and plurality of news and opinions have already been seriously compromised in Indian media.

“The resignations (of Kumar and the Roys) only indicate how the space for independent opinion has shrunk further,” Seshu said. “For a democracy, this is a very alarming situation”.

Rights groups and activists have raised concerns over dwindling press freedom and rising intimidation of journalists by the government.

Kumar won the prestigious Ramon Magsaysay award in 2019 “for harnessing journalism to give voice to the voiceless”.

In September this year, While We Watched, a documentary about him, premiered at the Toronto International Film Festival and won the Canada Goose Amplify Voices Award. (Al Jazeera)