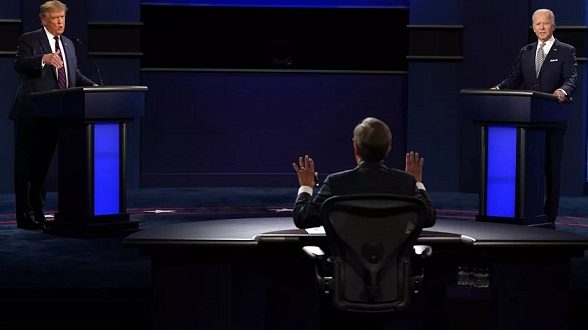 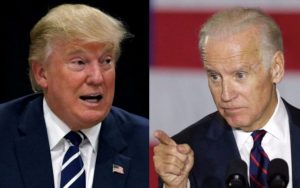 WASHINGTON: The next United States presidential debate has been cancelled, the Commission on Presidential Debates (CPD) confirmed late Friday, after US President Donald Trump and his Democratic challenger, Joe Biden, disagreed this week over the possibility of holding the event virtually.

In a statement, the CPD said the debate, which was scheduled to take place on October 15 in Miami, would not be held.

“The CPD will turn its attention to preparations for the final presidential debate scheduled for October 22,” the commission said.

The widely anticipated announcement comes after Trump, who tested positive for COVID-19 on October 1 and is expected to resume campaigning as of Saturday, rejected the option of holding a virtual debate.

“I’m not going to do a virtual debate,” the US president said in an interview Thursday with Fox Business Network. 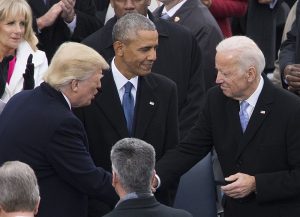 The Trump campaign responded to the news with a statement saying there is “no medical reason to stop the Oct. 15 debate from proceeding as scheduled, since the president will be healthy and ready to debate”.

The Trump campaign said it suggested October 22 and 29 as dates for the final two debates. “It’s time for the biased commission to stop protecting Biden & preventing voters from hearing from the 2 candidates for president,” the statement said.

The Biden campaign, for its part, had suggested that the October 15 town hall be moved a week later “so that the president is not able to evade accountability”. The former vice president later said he would do a solo town hall that same night.

His campaign did not immediately respond Friday to the news that the commissioned formally axed the second debate. 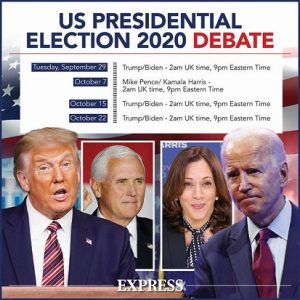 In its statement Friday, the CDP said both candidates had agreed to participate in the October 22 debate, which would be held at Belmont University in Nashville, Tennesse.

The commission said the event would be “subject to health security considerations, and in accordance with all required testing, masking, social distancing and other protocols”.

NBC News’ Kristen Welker will serve as moderator for the debate, which will come less than two weeks before the November 3 elections.

The first debate between Trump and Biden, held on September 29, saw the two candidates engaged in a heated and at times ugly exchange of words.

Trump accused Biden of being a leftist and promoting socialism, while Biden openly called Trump a racist and told him to “shut up” as Trump repeatedly tried to goad him with interruptions.

“It was awful. It was hardly a debate,” Paul Beck, a political science professor at Ohio State University, told media. (Int’l News Desk)