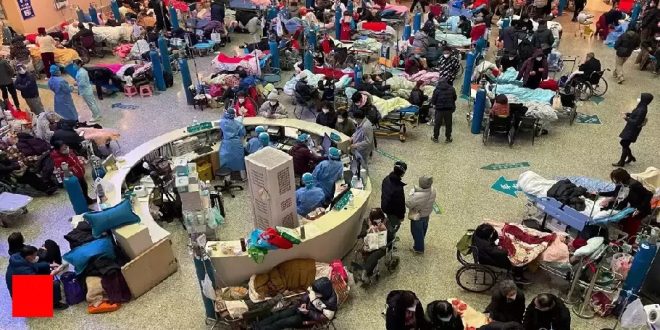 BEIJING: China has reported 60,000 COVID-related deaths in just over a month, the first major death toll released since the country stopped its zero-COVID policy. 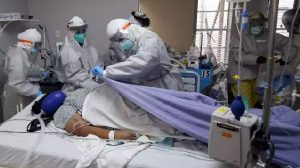 China has been widely accused of underreporting coronavirus deaths, despite evidence of hospitals and crematoriums being overrun.

According to officials, China recorded 59,938 COVID-related deaths between 8 December and 12 January.

Most of those who died were over 80, with most having underlying conditions.

The figures, include 5,503 deaths caused by respiratory failure directly due to the virus, and 54,435 caused by underlying conditions combined with the virus. The real total is likely to be higher because which the figures refer only to deaths recorded at medical facilities.

Last month, Beijing changed the way it categorizes COVID deaths, only counting towards its total those who died of respiratory failure directly induced by the virus.

The World Health Organization criticized the definition, describing it as “too narrow”.

Beijing has always contended that its figures are accurate, calling on the WHO to “uphold a scientific, objective and just position”. 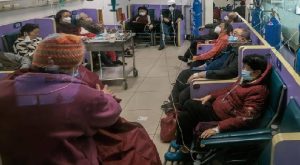 Officials said that the peak of patients hospitalized with severe COVID was in early January, although the number subsequently remained high.

They said that they would continue to monitor the situation in rural areas, focusing on early detection and prioritizing treatment of the most vulnerable.

There is concern over the spread of COVID in China following the recent easing of strict lockdown measures.

There have been reports that hospitals across the country are under pressure amid a fresh wave of infections.

Officially, there have only been 13 COVID deaths throughout December.

However, China has limited criteria for confirming Covid-19 deaths, which only includes those who die directly from respiratory illnesses caused by coronavirus, and not deaths caused by its knock-on effects.

The counting method does not correspond with WHO guidance, and results in a figure that is way below the death toll in many other countries. 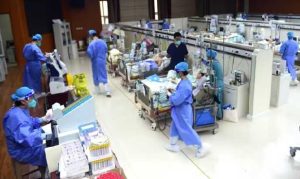 China has already stopped mass testing and it is only recording positive cases at hospitals and fever clinics where the patient has COVID symptoms. Asymptomatic cases and positive results from home testing kits are not recorded in the data.

Currently the official count only records about 5,000 cases a day.

The World Health Organization has warned that China is under-representing the true impact of COVID in the country in particular deaths.

The removal of most restrictions last month has led to a surge in cases but China has stopped publishing daily cases data, and has announced only 22 COVID deaths since December, using its own strict criteria.

“We believe that definition (of a COVID death) is too narrow,” WHO emergencies director Dr Michael Ryan said.

China last month changed its criteria for what constitutes a COVUD death, meaning only those who die of respiratory illnesses are counted. (Int’l Monitoring Desk)