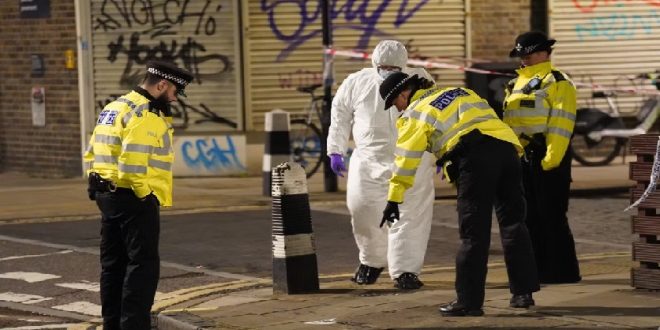 LONDON: Police have released details of a car they want to trace after a seven-year-old girl suffered life-threatening injuries in a drive-by shooting at a London church. 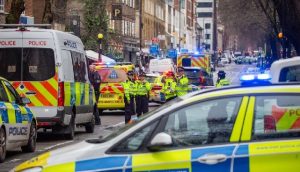 A 12-year-old girl and four women were also injured at St Aloysius Church in Euston when shots were fired from a moving vehicle on Saturday afternoon.

Police said on Sunday they were seeking information on a black Toyota.

The girl is in a stable but life-threatening condition, officers said.

Suspects fired from a shotgun during a memorial service at the church in Phoenix Road at about 13:30 GMT.

“Four women, aged 21, 41, 48 and 54, were taken to central London hospitals. Thankfully their injuries were assessed as non-life threatening. 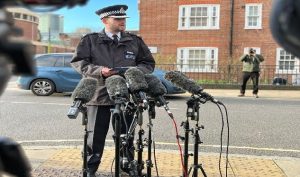 “Two children were also injured. A 12-year-old girl sustained a leg injury. She was treated at hospital before being discharged yesterday afternoon. She is expected to make a full recovery.

“A seven-year-old girl was more seriously injured. She remains in hospital in a stable but life-threatening condition, and our thoughts are with her and her family.

“We believe the suspects discharged a shotgun from a moving vehicle, which was a black Toyota C-HR, likely a 2019 model or similar.”

Father Jeremy Trood, who conducted the memorial service, said it was held for Sara Sanchez, 20, who had died from leukaemia, and her mother.