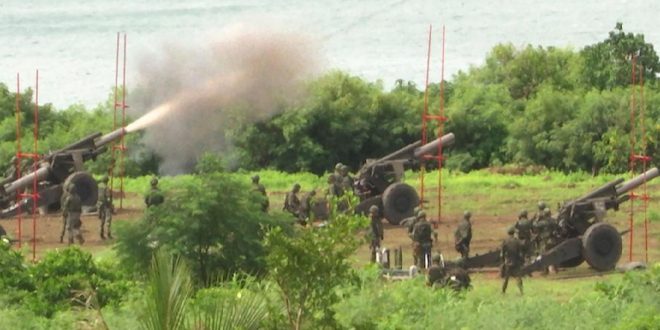 BEIJING: China has withdrawn a promise not to send troops or administrators to Taiwan if it should take control of the island, an official document shows, apparently signalling a decision by President Xi Jinping to grant less autonomy than previously offered. 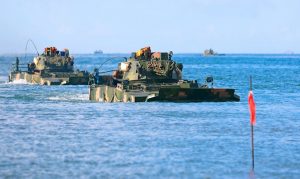 The release on Wednesday of China’s latest white paper on self-ruled Taiwan follows days of unprecedented military exercises by Chinese forces near the self-governed island, which Beijing claims as its territory.

The new position paper reaffirms China’s threat to use armed force to bring Taiwan under its control as the military drills held in response to US House Speaker Nancy Pelosi’s visit to Taipei last week appeared to be winding down.

China’s military said on Wednesday that it had “completed various tasks” around Taiwan but will conduct regular patrols, potentially signaling an end to days of war games but also that Beijing will keep up the pressure against the island.

In a brief statement, the People’s Liberation Army’s Eastern Theater Command said its series of 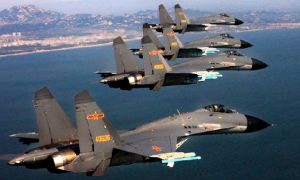 joint military operations in the sea and airspace around Taiwan had “successfully completed various tasks and effectively tested the integrated combat capabilities of the troops”.

“Theatre forces will keep an eye on the changes in the situation in the Taiwan Strait, continue to carry out training and preparation for combat, organize regular combat readiness patrols in the direction of the Taiwan Strait, and resolutely defend national sovereignty and territorial integrity.”

There was no immediate reaction from Taiwan.

The Chinese military drills included ballistic missile launches, some of which flew over the island’s capital, Taipei, and simulated sea and air attacks in the skies and waters around Taiwan.

A source briefed on the matter told media that Chinese navy ships remained active off both Taiwan’s east and west coasts. 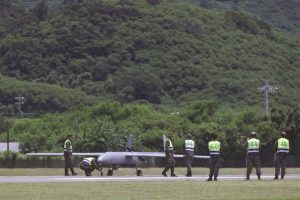 As of Wednesday afternoon, Chinese navy activities near the median line, an unofficial buffer in the Taiwan Strait, continued, and Chinese fighter jets also continued to fly close to the line, the source said, adding Taiwan has dispatched planes and ships in the area to monitor the situation.

‘Not renounce the use of force’

An English-language version of the white paper released on Wednesday said Beijing would “work with the greatest sincerity and exert our utmost efforts to achieve peaceful reunification”, “but we will not renounce the use of force, and we reserve the option of taking all necessary measures. This is to guard against external interference and all separatist activities,” the statement said.

“We will always be ready to respond with the use of force or other necessary means to interference by external forces or radical action by separatist elements. Our ultimate goal is to ensure the prospects of China’s peaceful reunification and advance this process.” 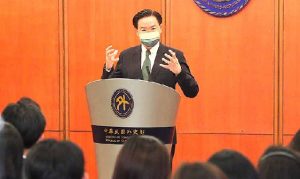 China stated in two previous white papers on Taiwan, in 1993 and 2000, that it “will not send troops or administrative personnel to be based in Taiwan” after achieving what Beijing terms “reunification”.

That line, which was to assure Taiwan it could enjoy autonomy after becoming a special administrative region of China, does not appear in the latest paper.

A line in the 2000 white paper that said “anything can be negotiated” as long as Taiwan accepts that there is only one China and does not seek independence, is also missing from the latest paper. (Int’l News Desk)