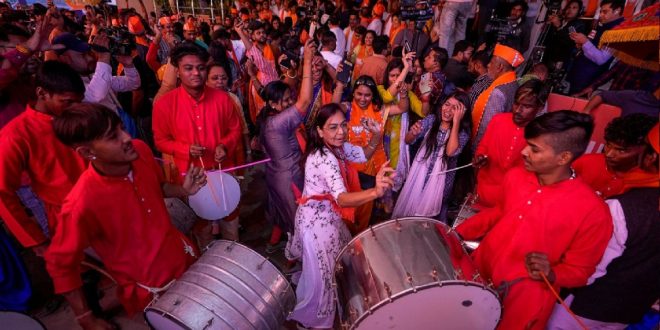 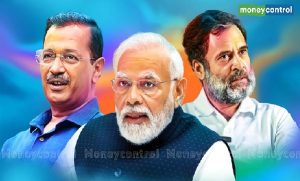 The right-wing party is leading in 156 of the 182 seats in the state assembly, according to data released by the election commission on Thursday.

The final results are expected later on Thursday. In the last state legislature elections held in 2017, the BJP won 99 seats.

Experts say the stunning victory in the western state would bolster the BJP’s popularity ahead of general elections scheduled for the summer of 2024, in which Modi is eyeing a third term as prime minister.

Trends in the two-phase state polls showed the opposition Congress party, which won 77 seats in 2017, is leading in just 17 constituencies of Gujarat.

New entrant the Aam Aadmi Party (AAP), which runs the government in the national capital of Delhi and in Punjab after wins there earlier this year, is leading in only five seats.

In crucial civic poll results which were declared on Wednesday, the BJP lost control of the municipal corporation in Delhi to the AAP. 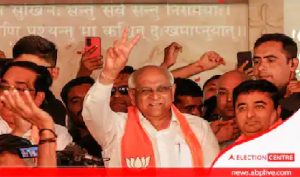 Modi and his closest aide, home minister Amit Shah, had campaigned aggressively for the BJP in Gujarat for nearly a month, holding multiple rallies and roadshows.

“Thank you Gujarat. I am overcome with a lot of emotions seeing the phenomenal election results,” Modi tweeted on Thursday. “People blessed politics of development and at the same time expressed a desire that they want this momentum to continue at a greater pace.”

The state saw one of the worst religious violence in independent India’s history in 2002, months after Modi took over as its chief minister.

Rights groups say nearly 2,000 people most of them Muslims were killed and dozens of women raped that year following the burning of a passenger train carrying a large number of Hindu pilgrims.

Gudavarthy said “there is now a brazen articulation of Hindu votes for the BJP” across the country. 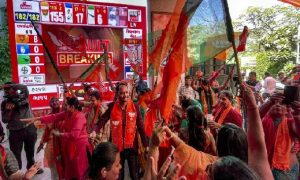 “Even popular leaders from the opposition are losing once the Hindu card is coming to play. One must concede that the (Hindu) sentiment is very deep,” he said.

‘Safety our only concern’

“The voting has been done using a communal angle. There is no Muslim representation in politics. We don’t have a voice and the government wants to suppress us further in a polarized environment,” he said.

“The Muslim minorities have accepted the government is not for us. We don’t even have any expectations from the government. Our concern has always been our safety.