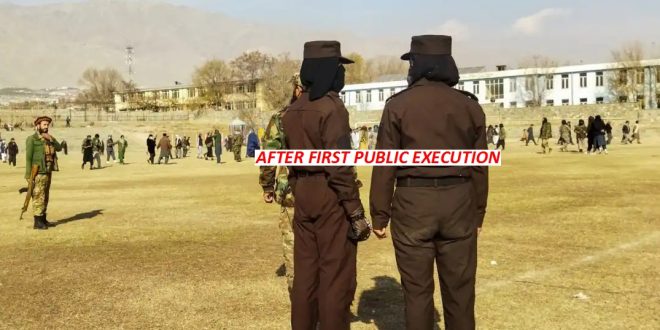 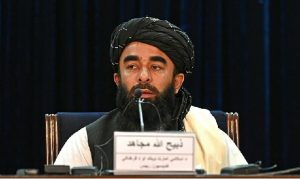 KABUL/ ISLAMABAD: The Taliban flogged 27 Afghans, including women, in front of a large crowd Thursday, a day after publicly executing a convicted murderer for the first time since they returned to power last year.

Their chief spokesman also pushed back at international criticism of the public punishments, calling it a lack of respect for Islam.

Despite promising a softer version of the harsh rule that characterized their first stint in power, the Taliban have gradually reintroduced an extreme interpretation of Islamic law or Sharia.

Chief spokesman Zabihullah Mujahid said the criticism showed outsiders “don’t have respect for the beliefs, laws and internal issues of the Muslims”.

In a statement, the Supreme Court said 27 “criminals” were flogged Thursday in Charikar, the capital of Parwan province, around 50 kilometres north of the capital Kabul.

“Each of these criminals confessed their crimes before the court without any force and was satisfied with the punishment,” it said. 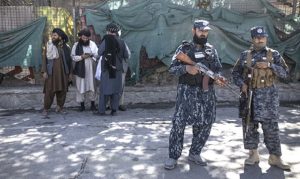 A witness told media more than 1,000 people watched as the floggings were administered at a stadium in the city.

“The public was chanting ‘Allahu Akbar’ and ‘we want the law of God to be implemented on our soil’,” he said.

They taunted those being flogged with cries of “will you do that again”, the witness added.

Those flogged writhed in pain as they received during 20 to 39 blows from a cane “about a metre long and four fingers wide” from a team of Taliban who took turns.

Eye for an eye

On Wednesday, a crowd of hundreds watched a convicted murderer shot to death by his victim’s father in Farah, the capital of the province of the same name.

The Taliban said it was a just example of qisas, an element of Sharia that allows for an eye-for-an-eye punishment. 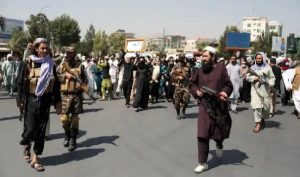 Akhundzada, who has not been filmed or photographed in public since the Taliban returned to power, rules by decree from Kandahar, the movement’s birthplace and spiritual heartland.

Officials insist capital punishment is only carried out after a thorough examination by three courts and Akhundzada reviews the final decision in each case.

News of Wednesday’s public execution was met with condemnation abroad, with the United States calling it “an affront to the dignity and the human rights of all Afghans”.

“This indicates to us that the Taliban seek a return to their regressive and abusive practices of the 1990s,” State Department spokesman Ned Price told reporters.