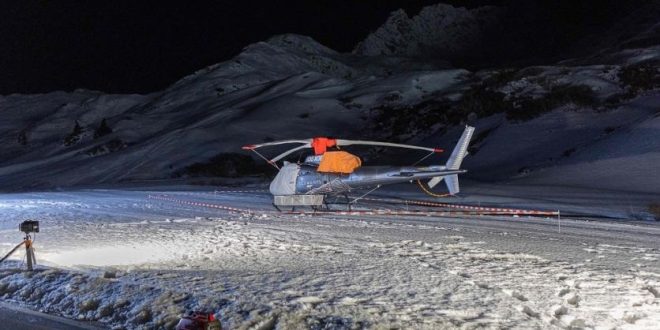 VIENNA: A search and rescue operation has been suspended in western Austria after the last two people unaccounted for following an avalanche in the Lech Zuers skiing area contacted authorities, according to the Austrian Press Agency (APA). 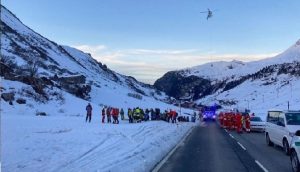 The avalanche occurred shortly before 3pm (14:00 GMT) on Sunday, APA said on Monday, adding the initial suspicion that 10 people were buried by the avalanche was based on a skier’s video.

One person was quickly rescued from the snow and flown to the hospital in Innsbruck with serious injuries. Four were injured in total.

The remainder of those who could be seen on the video came forward during the course of Sunday evening, media said.

Some had descended into the valley on their own and did not report their involvement in the avalanche incident at first.

Lech/ Zuers markets itself as “one of the best ski areas in the world” and part of the cradle of Alpine skiing.

About 200 rescue workers were searching the avalanche site near the town of Zuers.

Searchlights were set up on the snow mass to continue the search after darkness fell on Sunday, and dogs were being used to try to find the missing.

The avalanche occurred on the 2,700-metre (nearly 9,000-foot) high Trittkopf Mountain between Zuers and Lech am Arlberg, and the cascading snow reached as far as nearby ski trails. 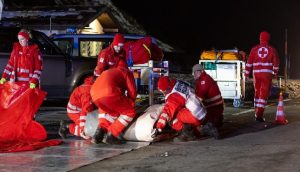 It followed days of snow in the high alpine region and unseasonably warm weather on Christmas Day.

The local mountain rescue service had rated the avalanche danger as “high”.

In October, Austrian President Alexander Van der Bellen on Sunday secured a second six-year term in office by winning a clear majority of votes and avoiding a run-off, according to projections.

The far-right Freedom Party was the only one in parliament to field a candidate against Van der Bellen, who won a much tighter race against a Freedom Party opponent in 2016.

“A majority is easily said but an absolute majority means more votes than all others combined, and one must take that very seriously,” Van der Bellen told national broadcaster ORF. “I was not at all sure that it would happen, but it did, and I am very pleased.”

With 95 percent of votes counted, a projection by pollster SORA put Van der Bellen winning 56.1 percent with a margin of error of 1.1 percentage points. His nearest rival was the Freedom Party’s Walter Rosenkranz at 17.9 percent. 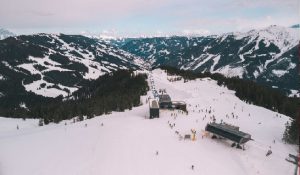 The Austrian president has a largely ceremonial role, but the officeholder also has sweeping powers during periods of overseeing transition and turbulence. The president is the commander in chief of the army and can sack the whole government or the chancellor.

About 6.4 million people were eligible to vote out of a population of nine million.

Van der Bellen, 78, has the explicit or implicit backing of Austria’s major parties except for the Freedom Party.

“Alexander Van der Bellen really managed to ensure in the first round that he will be the next president,” Rosenkranz said. “I congratulate him on that.”

Also standing for the presidency was punk rocker Dominik Wlazny, 35, founder of the Beer Party, named for its advocacy of the popular beverage. (Int’l Monitoring Desk)