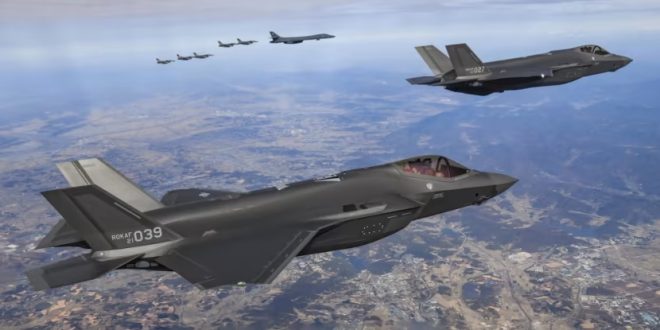 SEOUL: South Korea has scrambled aircraft and fired shots after five North Korean drones crossed into its territory for the first time since 2017, marking an escalation in already taut relations between the neighbors. 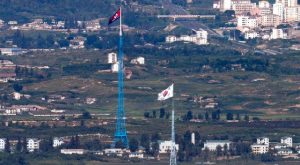 A South Korean official described Monday’s violation of the country’s airspace as a “clear act of provocation”. In response, South Korea has sent its own spy aircraft across the border over the North’s territory.

The drones were first detected in the skies over the north-western city of Gimpo at around 10:25 a.m. (01:25 GMT), South Korean officials said.

Reporting from the capital Seoul, journalist Eunice Kim said the drones appeared to have been “flying for several hours” and that “choppers and fighter jets were deployed in response, including a KA-1 light attack aircraft, that apparently crashed some 140 kilometres [87 miles] east of Seoul”.

A defence ministry official confirmed a South Korean KA-1 fighter jet was involved in an accident while flying to counter North Korea’s drones after departing its Wonju base in the country’s north. Its two pilots escaped before the crash and are now in the hospital.

Lee Seung-o, a South Korean official with the country’s Joint Chiefs of Staff told a media briefing that the military “operated assets to shoot down” the drones but did not state if they had been successful. Lee said South Korea initially fired “warning shots” when it first detected the drones. 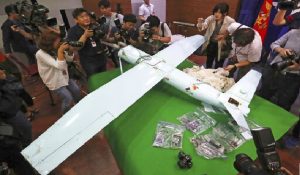 Yonhap news agency later said South Korea’s military fired about 100 shots but failed to shoot any down. It is unclear whether the drones managed to fly back into the North’s territory.

Several commercial flights at Incheon and Gimpo airports “were grounded for about 50 minutes at the request of the South Korean military,” Kim says, adding that “it is unknown if they (the drones) are carrying any weapons”.

It is the first time North Korean drones have entered South Korean airspace since 2017 when a drone believed to be on a spy mission crashed and was found on a mountain near the border. South Korean officials estimate that North Korea has about 300 drones.

Pyongyang has been flexing its military might in recent weeks, test-firing a barrage of missiles that have sparked concern in South Korea, Japan and their Western allies. 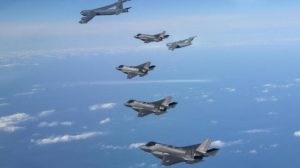 Earlier, North Korea has fired two short-range ballistic missiles, according to South Korea’s military, the latest in a recent flurry of weapons tests that took place days after a joint air drill by the South and the United States.

The Joint Chiefs of Staff said on Friday the missiles were launched at 07:32 GMT from the Sunan area of North Korea’s capital, Pyongyang, towards the sea off its east coast.

“Our military maintains a full readiness posture while closely cooperating with the US while strengthening surveillance and vigilance,” it said in a statement.

There was no immediate statement by North Korea on the launch, which came three days after the US flew nuclear-capable bombers and advanced stealth jets near the Korean Peninsula for joint training with South Korean fighter jets. (Int’l News Desk)