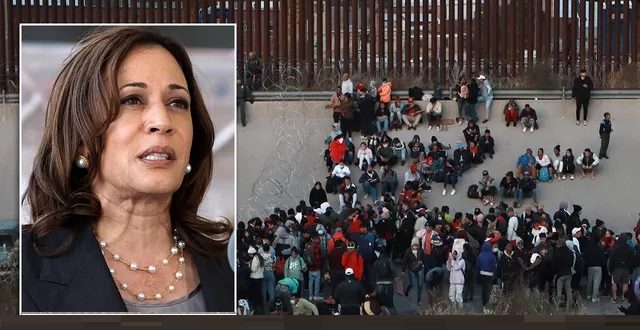 Migrants dropped off at US VP’s home over Christmas

WASHINGTON: Busloads of migrants and refugees have been sent from Texas to Washington, DC and dropped off over the Christmas weekend near Vice President Kamala Harris’s residence, immigrant aid groups have said.

The move may be part of a continued political effort by Republicans, such as Texas Governor Greg Abbott, to send a political message about migration to the Democrat administration of United States President Joe Biden. 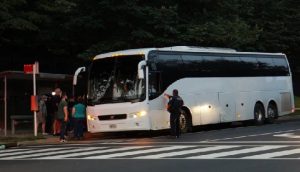 Approximately 110-130 of the migrants and refugees seeking asylum in the US, many of them families with children, were placed on buses by Texas officials, said Tatiana Laborde, managing director of SAMU First Response, a relief agency working with the city of Washington, DC, and left in freezing temperatures.

Laborde said aid groups had been informed of their journey and awaited their arrival late on Saturday to hand out blankets and then transport them to a church in the city’s Capitol Hill neighbourhood. Some of the migrants and refugees were wearing T-shirts despite temperatures hovering about -9 degrees Celsius (15 degrees Fahrenheit).

Aides to Abbott were not available to comment on whether the state coordinated their transport. His office said last week that Texas has given bus rides to more than 15,000 people since April to Washington, DC, New York, Chicago, and Philadelphia.

Abbott and Arizona Governor Doug Ducey, a fellow Republican, are strong critics of Biden on his handling of the US-Mexico border, where thousands of people are trying to cross daily, many to seek asylum. 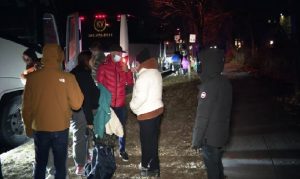 Officials on both sides of the border are seeking emergency help in setting up shelters and services for migrants and refugees, some of whom are sleeping on the streets.

Republicans argue Biden and Harris, designated the administration’s point person on the root causes of migration, have relaxed restrictions that induced many people to leave their countries of origin.

Biden has ended some policies but kept others enacted by former President Donald Trump, whose administration also grappled with spikes in border crossings and at one point separated immigrant families and children as a deterrence initiative.

Laborde said in the past week, nine busloads of migrants and refugees have been dropped off in Washington, DC.

“Lately, what we’ve been seeing is an increase in people from Ecuador and Colombia,” Laborde said. Previously, many Venezuelans had been arriving by bus, she added.

Many of the most recent arrivals, Laborde added, are now attempting to go to New York or New Jersey where they have relatives or other community support. 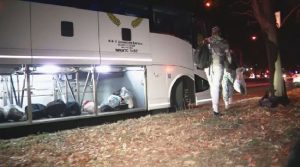 Hundreds of migrants are camping in the cold at Mexico’s northern border over Christmas, hoping for a swift reversal in restrictions imposed by the United States as they endure the bite of a winter storm ravaging the region.

After the US Supreme Court this week ruled that restrictions known as Title 42 could stay in place temporarily, many migrants are facing a Christmas weekend in what Mexico’s weather service called a “mass of Arctic air.”

“I am staying here. Where else can I go?” said Walmix Juin, a 32-year-old Haitian migrant preparing for the weekend in a flimsy tent in the city of Reynosa, across the border from McAllen, Texas. “I never thought I would spend a Christmas like this.”

Temperatures in the border cities of Matamoros and Reynosa, where several thousand people are camping outside or in bare-bones shelters, are expected to hover around freezing on Saturday and only slightly improve on Sunday. (Int’l News Desk)