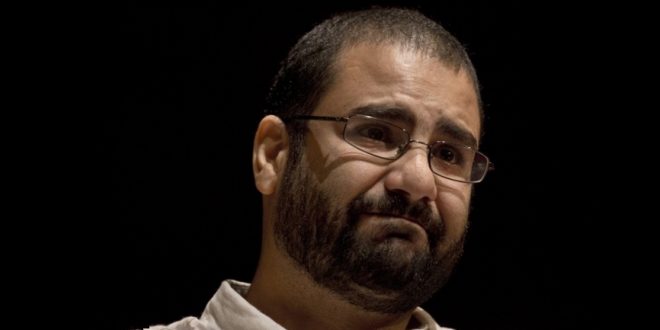 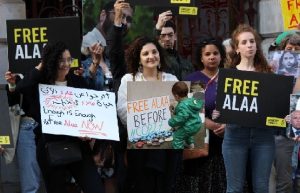 “I urge the Egyptian government to immediately release Abd el-Fattah from prison and provide him with the necessary medical treatment,” Turk said in a statement on Tuesday, warning that the activist “is in great danger.”

“His dry hunger strike puts his life at acute risk.”

The 40-year-old has been on a hunger strike for 220 days against his detention and prison conditions.

Abd el-Fattah informed his family that he would stop drinking water on Sunday in an escalation of his protest. His mother said she did not receive a letter she usually receives from him when she visited on Monday.

Without water, Abd el-Fattah’s health could rapidly deteriorate. The escalation of his protest has coincided with the COP27 climate summit, the UN’s annual gathering of world leaders to discuss global warming, being held this year in Egypt. 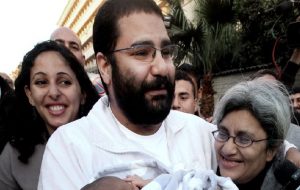 Ravina Shamdasani, Turk’s spokesperson, said that the official had personally spoken with Egyptian authorities to appeal for Abd el-Fattah’s release, most recently on Friday.

Asked whether there was a risk he may have already died, given the lack of communication, Shamdasani told a briefing in Geneva, “We are very concerned for his health and there is a lack of transparency, as well around his current condition”.

Turk noted that the resumption in April of Egypt’s Presidential Pardon Committee “had resulted in numerous individuals being released” but he called “on the Egyptian authorities to fulfil their human rights obligations and immediately release all those arbitrarily detained, including those in pre-trial detention, as well as those unfairly convicted”.

“No one should be detained for exercising their basic human rights or defending those of others,” he said.

Abd el-Fattah’s detention has become a prominent issue at the COP27 summit in Sharm el-Sheikh, which his sister Sanaa Seif herself a former political prisoner is attending to campaign for his release. 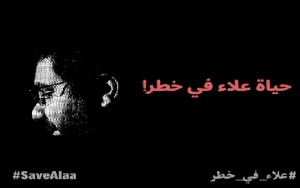 Activists at COP27 have also been posting prolifically on Twitter under the hashtag #FreeAlaa, and several speakers have ended their speeches with the words “you have not yet been defeated”, the title of his book.

According to rights groups, Abd el-Fattah is among more than 60,000 prisoners of conscience in Egypt since President Abdel Fattah el-Sisi came to power, deposing former President Mohamed Morsi in 2013.

Asked about the case, Egyptian foreign minister and COP27 President Sameh Shoukry told CNBC that prison authorities would provide Abd el-Fattah with healthcare. Egyptian officials have said previously that he was receiving meals.

British Prime Minister Rishi Sunak and French President Emmanuel Macron both directly met Egyptian President el-Sisi on Monday and increased the pressure for his release, hours after three Egyptian journalists said they had begun their own hunger strikes over his fate. (Int’l News Desk)