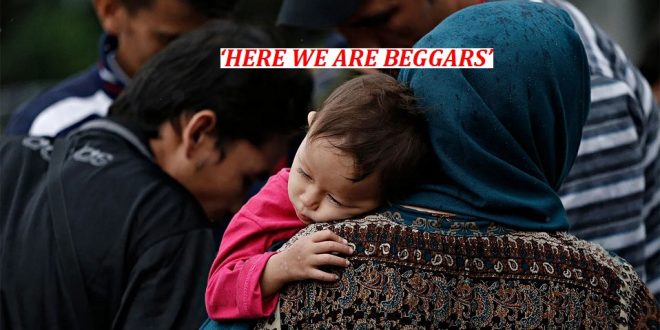 ANTANANARIVO (MADAGASCAR)/ KABUL:  Bibi Maria fled Afghanistan shortly after the Taliban killed her husband, a supplier for US and NATO troops. That was in 2018, and the mother of four said she felt it was a matter of time before threats against the rest of her family were realized. 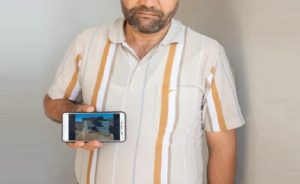 With few countries open to Afghans, she decided to travel to Madagascar, an island nation off the coast of southeast Africa that she had never visited and where she knew no one, but where she and her four children could get a visa on arrival but four years later, with her adult children unable to continue school, receive proper healthcare, or make money in the country, and no updates on her 2019 application to relocate to the United States under the US Refugee Admissions Program, she wondered if she made the right choice.

“Here we have become beggars,” Maria told Al Jazeera, wearing a black niqab and holding in her arms the infant daughter of another Afghan family, in an apartment in a central neighborhood of the capital Antananarivo.

“We can’t go back, but we can’t stay here. So what do we do? We are stuck in the middle of nowhere,” she said.

Given its isolation and underdevelopment, Madagascar, a nation of about 30 million people, is not a magnet for refugees. 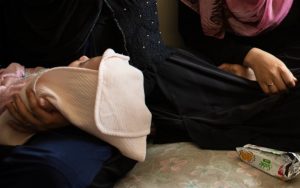 The UN has said the Malagasy government, which is emerging from years of political crisis, offers refugees and asylum seekers protection from expulsion or forced return to their home countries, but has no law to provide them with social support, work authorisation, or healthcare.

However, the government pledged at the 2018 Global Refugee Forum to open an office for refugees and stateless people, and has “taken steps” towards the promise, according to UNHCR spokesman Buchizya Mseteka. With no UNHCR office in the country, “basic material support” for refugees and asylum seekers is provided through a local agency partner, he said.

Meanwhile, Madagascar remains woefully underdeveloped as it emerges from years of political crisis and allegations of corruption. More than 77 percent of the population lives in poverty and devastating natural disasters are common.

Against that backdrop, the 20 Afghan refugees registered with UNHCR in Madagascar live scattered across Antananarivo and its outskirts, making homes wherever they can find shelter. 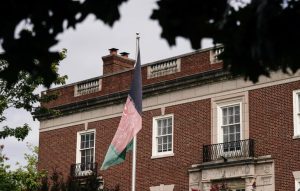 One man, 42-year-old Jafri, a former shop owner from Herat in western Afghanistan, who also worked with the local police, showed a photo on his phone of his makeshift house, an aluminum and wood structure located about 30km (18 miles) from the city centre.

“No water, no electricity, no toilet, no shower … the rain comes in,” Jafri told Al Jazeera, as he joined six other men and five women in the home of a local Afghan businessman to share their stories. They all asked that only their first names or aliases be used, citing possible Taliban retribution against family members.

Jafri said he feared his living conditions are worsening an infection in his leg, the result of his limb being broken in six places by Taliban fighters. Doctors have said the infection required urgent surgery, but he did not have nearly enough money to pay for it.

“This is life in Madagascar,” Jafri said. “It is not life. I just try to live.”

The refugees said they had all applied to be relocated to the US in 2019, but have heard nothing since. Their cases, they feared, have been forgotten in light of crises both global and local.

“There is no one to raise our voice,” said Bahar, a former IT manager at the Afghan Central Bank whose handshakes when he talks about his wife, two daughters and two sons who have remained in Afghanistan. 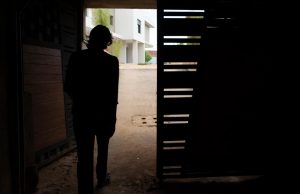 Push for US relocation

After the Taliban takeover of Afghanistan in August 2021, the situation for Afghan refugees on the island, which had closed itself off to the world during the coronavirus pandemic, became more severe.

Remittances from friends and family back home immediately stopped, as government employees lost jobs and Afghanistan descended further into poverty fuelled by waves of international sanctions.

The fall of Afghanistan also snarled the process of applying for refugee relocation to the US, which followed cuts to refugee admission levels under the administration of former President Donald Trump.

Other pathways exist for Afghans who worked for or in support of US and NATO forces or US-based organizations, but advocates have said they remain severely backlogged. The standards for eligibility to those programs also are subject to interpretation by US officials, they said. 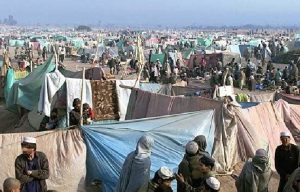 One program offers special immigrant visas (SIVs) to Afghans who worked directly for the US government or for companies that contracted for the US government. It has allocated a total of 34,500 SIVs for Afghan citizens since 2014, but advocates said authorities have barely made a dent in a mountain of applications.

Meanwhile, shortly before the fall of Afghanistan, the Department of State announced the Priority 2 (P-2) designation, an extension to the US Refugees Admissions Program that gives priority to Afghans who do not meet the more stringent SIV criteria, but who worked in support of US and NATO forces, for US media organizations or NGOs, or on US-funded projects.

Meanwhile, Afghans living abroad can also apply for humanitarian parole, which grants emergency access to the US. That was what 76,000 Afghan citizens evacuated to the US amid the chaotic withdrawal from Afghanistan were granted. But the status offers no pathway to residency or citizenship beyond its two-year window, leaving those who receive it in limbo.

Bahar, who had previously worked with USAID, said his family provided land and support to US-based NGO Morning Star in their home village of Jegdalek, near the border with Pakistan. They later shared information with Afghan intelligence that led to the rescue of a captured American aid worker, he said. 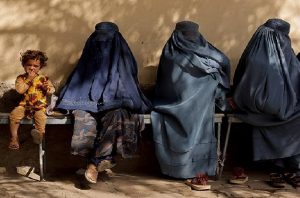 For that support, Bahar said, his family was subject to continued Taliban threats and attacks. He fled to India and then Madagascar, but said his mother was killed and his father was seriously injured in an attack by the Taliban while he was out of the country.

Bahar added his heart “beats for Ukrainian refugees”, and he welcomed a US pledge to accept 100,000 people fleeing the Russian invasion that began on February 24. However, he also called on Washington not to forget Afghans who “served for them with our blood”.

Reza, a 36-year-old former construction surveyor, said he began receiving threats from the Taliban after he worked on a project for the US army. He said he now finds it difficult to wrap his head around what he sees as invisible lines that divide refugees in the eyes of the US government.

“A lot of countries accept Ukraine refugees without any process,” he said. “But when we got to the US embassy they tell us, ‘This is the process, and it will take a long time.’

“I want to know, what is the difference here?” Reza told Al Jazeera. “We are refugees. We are human.” 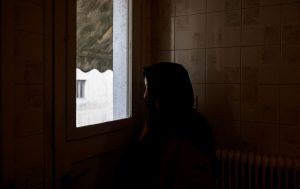 ‘There is no dream for them’

While they wait, the Afghan refugees in Madagascar said symptoms of depression and anxiety are common and the daily misery they live under has already claimed one life. On his phone, 22-year-old Abdullah pulled up his sister in law’s death certificate, printed in Malagasy.

“She was a doctor [in Afghanistan] … In Madagascar, she had no money. She was not able to feed her one-year-old child,” he said. “Her husband, my brother, was going to search for work, but he could not find anything.

“One day, my brother called me and said she drank one litre of bleach,” he told Al Jazeera. “She died in the hospital a week later.”

Abdullah sat next to his sister, Jamela, who was also a doctor in Kandahar province, but was targeted, and once kidnapped, by the Taliban for sharing information with US and NATO forces.

Her eight-year-old son, Naveen, has not been to school since they fled to Madagascar three years ago. 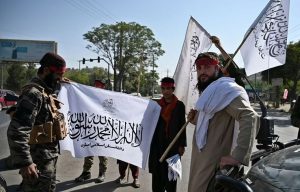 “For these children, there is no school,” said Bahar, who added that officials with the US embassy in Madagascar told him representatives from US Citizenship and Immigration Services (USCIS) would be visiting the country in the coming months to assess their cases.

A spokesperson at the US embassy and Comoros did not confirm a specific visit by immigration officials, but told Al Jazeera that embassy personnel had met with Afghan refugees on several occasions and “continue to work with our partners to facilitate the swift, safe resettlement of Special Immigrant Visa holders and other vulnerable Afghans”.

A spokesperson for USCIS referred Al Jazeera’s questions to the Department of State’s Bureau of Population, Refugees, and Migration, which did not reply to a request for comment.

Sitting next to her two daughters and one of her sons, Bibi Maria said she yearns for her children to have a future. She pinned that hope to one day relocating to the US.

“It seems like we are in prison here,” she said. “Please god, raise our voice.” (Al Jazeera)