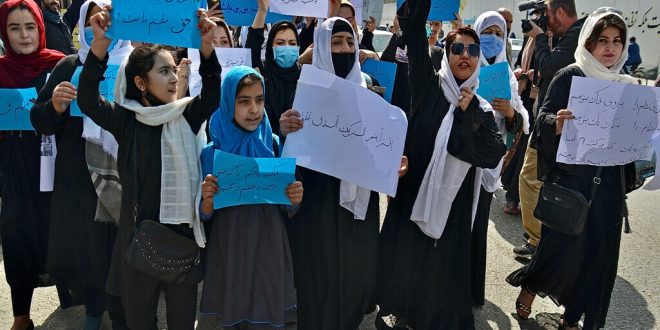 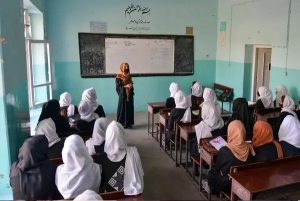 KABUL/ ISLAMABAD: Dozens of girls protested in an eastern Afghan city on Saturday after Taliban authorities shut their secondary schools just days after classes resumed, an activist and residents said.

Last week, five government secondary schools in the eastern province of Paktia restarted classes after hundreds of girls and tribal leaders demanded they reopen but when students in provincial capital Gardez went for classes on Saturday, they were told to return home, a women’s rights activist and residents said.

“This morning when they did not allow the girls to enter schools, we held a protest,” said activist Yasmin, an organiser of the rally.

Dressed in their school uniforms, a white headscarf and black shalwar kameez, the girls marched through the centre of Gardez to protest the closure.

Four of the newly reopened schools are in Gardez and one in Samkani.

The Taliban have imposed harsh restrictions on girls and women since returning to power in August last year effectively squeezing them out of public life.

In March, they shuttered all girls’ secondary schools hours after reopening them for the first time under their rule. 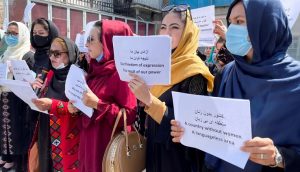 Images posted on social media Saturday showed the girls marching through the city centre as residents and shopkeepers watched.

“The Taliban did not allow anyone to take footage of the protest. In fact, they broke some protesters’ mobile phones,” Yasmin told media by telephone.

Two residents from the city also confirmed the protest, which journalists were not allowed to cover.

“The students protested peacefully, but soon the rally was dispersed by security forces,” one Gardez resident who asked not to be named told media.

Officials maintain the ban is just a “technical issue” and classes will resume once a curriculum based on Islamic rules is defined.

A few public schools continue to operate in parts of the country following pressure from local leaders and families.

They remain shut in most provinces, however, including the capital Kabul as well as Kandahar, the de facto power centre of the Taliban. 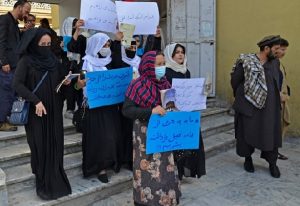 Around three million girls are currently banned from getting secondary education in Afghanistan, according to UNICEF.

Officially the Taliban have banned girls’ secondary school education, but the order has been ignored in a few parts of Afghanistan away from the central power bases of Kabul and Kandahar.

Mohammad Wali Ahmadi, principal of Shashgar High School in Gardez, told media around 300 girls had returned to school since last week despite there being no change in official policy.

Groups of girls wearing headscarves and hijabs were seen heading to the school on Thursday morning.

“Since the girls came on their own, we haven’t turned them back,” Ahmadi said.