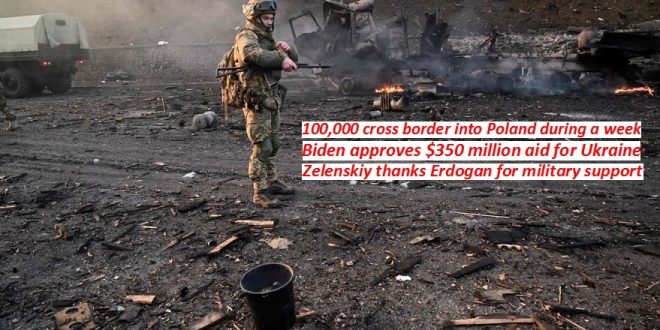 KYIV/ WARSAW/ MOSCOW/ WASHINGTON: Nearly 200 Ukrainians, including three children, have been killed as a result of the Russian invasion of Ukraine, the head of the Ukrainian Health Ministry was quoted by the Interfax news agency as saying on Saturday.

He said 1,115 people were wounded, including 33 children.

For the meantime, Polish Deputy Interior Minister Pawel Szefernaker on Saturday said 100,000 people have crossed the border into Poland from Ukraine since Russia’s invasion this week. 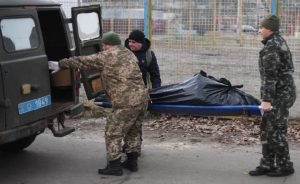 “From the onset of warfare in Ukraine through today, along the entire border with Ukraine, 100,000 people have crossed the border from Ukraine into Poland,” Szefernaker told reporters in the border village of Medyka, southeastern Poland.

The head of the Polish border guard, Tomasz Praga, added at the press conference that on Friday alone nearly 50,000 people had crossed into Poland from Ukraine.

Poland, which was already home to an estimated 1.5 million Ukrainians before Russia’s invasion and which has expressed steadfast support for Ukraine, has so far seen the bulk of those fleeing Ukraine cross into its territory.

“Latest update is that almost 116,000 have fled to neighboring countries since 24 Feb., mainly Poland, Hungary, Moldova, Slovakia and Romania,” the UN refugee agency UNHCR tweeted on Saturday. “Numbers are rising,” it added.

Meanwhile, President Joe Biden instructed the US State Department to release $350 million in military aid to Ukraine on Friday as it struggles to repulse a Russian invasion.

In a memorandum to Secretary of State Antony Blinken, Biden directed that $350 million allocated through the Foreign Assistance Act be designated for Ukraine’s defense. 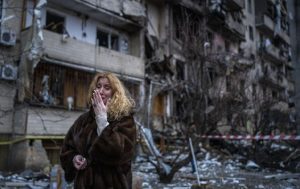 On the other hand, Ukrainian President Volodymyr Zelenskiy thanked President Tayyip Erdogan on Saturday for Turkey’s humanitarian and military support, saying a “ban on the passage of (Russian) warships to the Black Sea” was very important for his country.

Turkey, which controls the Dardanelles and Bosphorus straits that link the Mediterranean to the Black Sea, has not publicly announced any ban on Russian warships using the straits despite Ukraine’s urgent requests that it do so.

Internet connectivity in Ukraine has been badly affected by the Russian invasion, particularly in the southern and eastern parts of the country where fighting has been heaviest, internet blockage observatory NetBlocks said on Saturday.

An air raid siren was heard in the Ukrainian capital Kyiv at about 11:20 a.m. (0920 GMT), a Reuters correspondent reported. 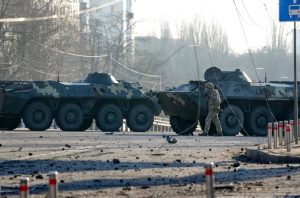 Ukrainian authorities said earlier on Saturday that a residential building in the city had been hit by a missile.

The staff of Ukraine’s embassy in Moscow is evacuating to Latvia, the Latvian foreign ministry told media on Saturday.

“It was their plea, we readily agreed. We are assisting them in the process and help with settling down,” Latvian foreign ministry spokesperson Janis Bekeris said.

The ministry also said Russia has used air- and ship-based cruise missiles to carry out overnight strikes on military targets in Ukraine.

Russian troops have taken over the Kyiv hydroelectric power plant to the north of the Ukrainian capital, the Interfax news agency reported on Saturday, citing Ukraine’s energy ministry while Ukraine’s military command said areas near the cities of Sumy, Poltava and Mariupol were hit by air strikes on Friday, with Russian Kalibr cruise missiles launched at the country from the Black Sea. 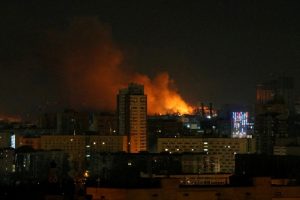 Furthermore, the President of Ukraine, Volodymyr Zelensky has uploaded a video to social media from outside his Kyiv office, rubbishing the rumours that he has fled the country.

“The president is here,” Ukraine’s President posted a video on social media alongside other government officials, stating that the country’s leaders had not fled Kyiv as Russian forces advanced.

NATO Chief Jens Stoltenberg said Friday the alliance was deploying its rapid response force for the first time ever to bolster defences in the face of Russia’s invasion of Ukraine.

“It is still a fluid situation. What we have seen is that the Ukrainian forces are fighting bravely and are actually able to inflict damage on the invading Russian forces,” Stoltenberg said after a video summit of NATO leaders.

“It is a full invasion of Ukraine. They are moving towards Kyiv and the stated goal is to change the government of Ukraine.”

“We have already strengthened our deterrence and defence,” Stoltenberg said. 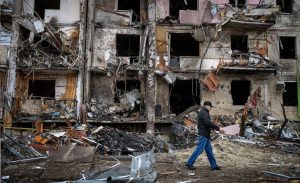 “Yesterday, allies activated our defence plans and, as a result, we are deploying elements of the NATO Response Force (NRF) on land, at sea, and in the air to further strengthen our posture and to respond quickly to any contingency.”

The step is the latest by NATO aimed at beefing up its defences after allies spearheaded by the United States rushed thousands of troops to eastern members as the Kremlin moved on Ukraine.

“We have over 100 jets at high alert, operating in over 30 different locations and over 120 ships from the high north to the Mediterranean,” Stoltenberg said.

“This is to preserve peace to prevent an attack and to prevent that the war which is going on in Ukraine spills over to any NATO allied country.”

He did not give any details on where the response forces were being sent, saying it was up to NATO’s top military commander.

Created in 2003, the NRF is made up of 40,000 personnel and includes an 8,000-strong high-readiness contingent with air, sea and special operations soldiers that can be deployed within days. (Int’l Monitoring Desk)