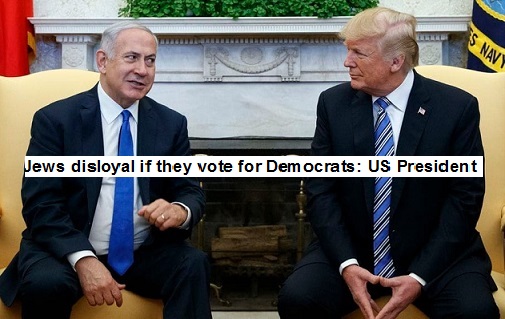 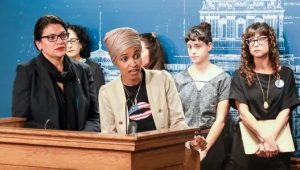 MELBOURNE/ WASHINGTON: Once again, American President Donald Trump wants to start ‘Jewish-Christian War’ globally to divert public opinion from his unsuccessful policies and incomplete US plans and if the war starts, billions of Americans would have to face serious consequences while the country may be collapsed economically, politically and socially and on the other hand, if the said situation creates, the US President would definitely be bale to keep continue his anti-Islamic and anti-Muslim agenda according to current ‘American World Order’ Particularly he would be able to manage his influence in ‘Gulf Waters’ and to mold Iran and other regional countries according to US approach; US Democratic leaders, politicians, analysts, experts and sources claimed.

Earlier, Activists, politicians and many within the American Jewish community slammed US President Donald Trump yesterday for saying any Jewish person who votes Democratic shows “either a total lack of knowledge or great disloyalty”. 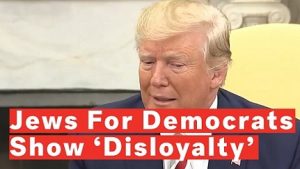 He made the comments despite recent polling, which shows that a majority of Jews in the US identify as Democrats.

Reacting to the remarks, Senator Bernie Sanders, an Independent running for the Democratic presidential nomination, said he is “a proud Jewish person I have no concerns about voting Democratic”.

“In fact, I intend to vote for a Jewish man to become the next president of the United States,” he said at a campaign event in Iowa.

Trump did not specific who he believed Jewish Americans would be disloyal to, but the president’s remarks came amid his ongoing attacks on Democratic Congresswomen Ilhan Omar and Rashida Tlaib, who are outspoken against Israel’s treatment of Palestinians. 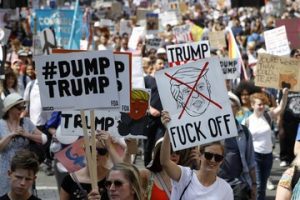 After Trump’s urging, Israel last week blocked the pair, who are Muslims, from entering the country. Israel later agreed to a humanitarian visit for Tlaib to visit her grandmother who lives in the occupied West Bank. Tlaib declined, saying she would not allow Israel to use her love for her grandmother to force her to “bow down to their oppressive & racist policies”.

Trump has called Omar a “disaster” for Jews and earlier on Tuesday said he didn’t “buy” the tears Tlaib shed Monday as she discussed the situation over the travel restrictions.

Immediately following Trump’s comments on Tuesday, community leaders, politicians, activists and others took to social media to blast the president.

“This explicit dual loyalty charge is not an anti-Semitic dog whistle – it’s a bullhorn to his white nationalist base,” tweeted IfNotNow, a group of young American Jews who advocate for the end of US support for the Israeli occupation. 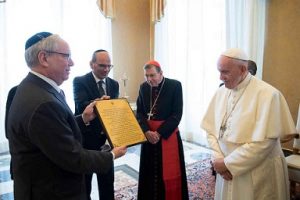 “American Jewish leaders and Democratic politicians need to call out this out,” the group added.

“I’m Jewish. My relatives were killed in the Holocaust. Take anything about Jewish people out of your lying, racist mouth. I stand with Reps Tlaib and Omar. I condemn Trump and @GOP brand fascism,” tweeted author Nancy Levine.

J Street, a US-based Jewish organization that advocates for a two-state solution in Israel and Palestine, called Trump’s comments “dangerous”.

“It is dangerous + shameful for Trump to attack the large majority of the American Jewish community as unintelligent + disloyal,” the group tweeted. “But it’s no surprise that his racist attacks on progressive women of color in Congress have now turned into smears against Jews.” 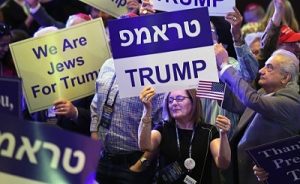 Jonathan Greenblatt, the CEO of the Anti-Defamation League, tweeted, “It’s unclear who @POTUS is claiming Jews would be ‘disloyal’ to, but charges of disloyalty have long been used to attack Jews. As we’ve said before, it’s possible to engage in the democratic process without these claims. It’s long overdue to stop using Jews as a political football”.

“As a Jewish American, this is fascism, period,” tweeted Lucy Carlson-Krakoff.

Trump was speaking to the press in the Oval Office about two Democratic congresswomen barred from entering Israel over their involvement in the movement to end international support for the country because of its policies toward Palestinians. 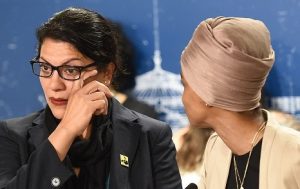 “Five years ago, the concept of even talking about this — even three years ago — of cutting off aid to Israel because of two people that hate Israel and hate Jewish people — I can’t believe we’re even having this conversation,” Trump added. “Where has the Democratic Party gone? Where have they gone where they’re defending these two people over the State of Israel?”

He added, “I think any Jewish people that vote for a Democrat — it shows either a total lack of knowledge or great disloyalty.”

The remark led critics to argue the President was dabbling in the anti-Semitic trope of “dual loyalty,” which questions the loyalty of Jewish citizens.

“It’s unclear who @POTUS is claiming Jews would be ‘disloyal’ to, but charges of disloyalty have long been used to attack Jews. As we’ve said before, it’s possible to engage in the democratic process without these claims. It’s long overdue to stop using Jews as a political football,” Anti-Defamation League CEO Jonathan Greenblatt tweeted later Tuesday. 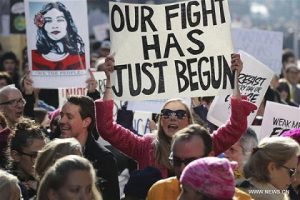 Halie Soifer, Executive Director of the Jewish Democratic Council of America, called the comments “yet another example of Donald Trump continuing to weaponize and politicize anti-Semitism.”

“If this is about Israel, then Trump is repeating a dual loyalty claim, which is a form of anti-Semitism. If this is about Jews being ‘loyal’ to him, then Trump needs a reality check. We live in a democracy, and Jewish support for the Republican Party has been halved in the past four years,” Soifer added.

J Street, a liberal advocacy group focused on reaching a resolution between Israel and the Palestinian territories, said in a statement, “It is dangerous and shameful for President Trump to attack the large majority of the American Jewish community as unintelligent and ‘disloyal.’ “