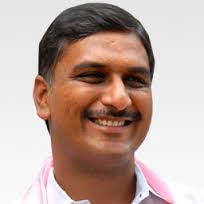 Hyderabad,  Irrigation Minister T Harish Rao today said the officials should issue utilization certificates to the works sanctioned by the Centre for various projects in the State. Works of AIBP projects should be expedited to get funds from the Centre, he added.
Harish Rao conducted a high-level meeting on the irrigation projects at Jala Saudha here on Wednesday. Speaking on the occasion, the minister said Telangana State is to get a total of Rs 1,000 crore from the Centre for various irrigation projects through Pradhan Mantri Krishi Sinchay Yojana scheme and asked the officials to pay attention on getting adequate funds by providing the Centre with all details through submitting utilization certificates.
Harish Rao asked the officials to complete on war-footing the projects to get adequate funds from the Centre. He will attend a national level meeting on water resources, projects and related issues to be chaired by Union Water Resources Minister Nitin Gadkari in Delhi. The irrigation ministers and officials from 18 other States will also be attending this meeting that is to decide on the allocation of funds for speedy completion of the projects across the country. A total of 11 projects were sanctioned to the Telangana State under Sinchay Yojana scheme.
Union Water Resources Ministry will provide loans to PMKSY projects instead of the NABARD and all the details must be prepared for the same. He  said he would urge the Centre to release funds on time at initial stage enabling the State government to complete the projects. He asked the officials to complete the works as per deadlines. Bheema, Nilwayi and Komaram Bheem projects should be completed by June, Gollavagu by March, Palem Vagu by May, Devadula and SRSP flood flow canal by June 2019, he said and asked the District Collectors to take immediate measures. The minister also asked the officials to resolve bottlenecks in procuring land and provide immediate rehabilitation to the affected families or farmers. Based on court directive, Jagannathapur project works should be started, he added