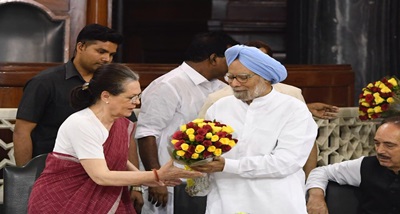 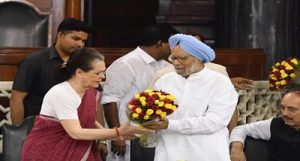 Sonia Gandhi was re-elected as the leader of the Congress Parliamentary Party at a meeting of the newly-elected Congress Lok Sabha MPs in New Delhi today.

Her name was proposed by former Prime Minister Dr. Manmohan Singh and supported by all MPs. Congress President Rahul Gandhi thanked the voters and Congress workers. Talking to reporters, party spokesperson Randeep Surjewala said the MPs will chalk out the party strategy for the upcoming session of Parliament.