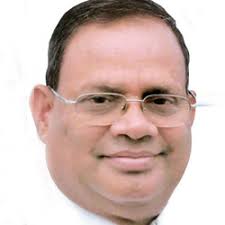 Hyderabad,  Telangana State Congress Affairs in-charge RC Kuntia has alleged that several leaders were joining the Congress after realizing the true colours of Chief Minister K Chandrasekhar Rao. Only those wanted money and power were staying in the TRS, he alleged.

Addressing the gathering after admitting former Janashakthi leader Rajaram and industrialist Damodar in the Congress today at Gandhi Bhavan, Kuntia said the Chief Minister deceived Muslims and STs in the name of reservations. The Chief Minister left the reservations issue while making several resolutions in the Assembly, he said and alleged that KCR’s family was looting the State. He alleged that KCR was shivering on hearing names of Rahul Gandhi and Sonia Gandhi.