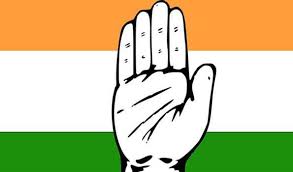 BJP’s Three Pronged Attack on People – Unprecedented Hike in Cooking Gas & Petrol-Diesel Prices while Savings Interest Rates Slashed
Anti-People Face of Modi Government Unmasked – Sinister Plan to Attack Common Man’s Pockets for filling Government Coffers
Principal objective of ‘Democracy’ & ‘Welfare State’ is the duty towards last man in the line. BJP Government is, however, burdening the common man for enriching a handful of its crony friends.
Central BJP Government has unleashed a three pronged economic attack on the livelihood of over 60 crore Indians. Unprecedented hike in the subsidized cooking gas as also petrol-diesel at a time when saving interest rates are being slashed, has unmasked the anti-people face of Modi Government. Truth is that Prime Minister, Shri Narendra Modi and BJP are breaking the ordinary Indian’s back by overburdening them with a slew of unprecedented taxes.
On one side, India’s economy is reeling from the unthoughtful decision of demonetization, a lopsided implementation of GST and an economic slow down, Government is oppressing people of India by unmindful hike in prices of essential commodities through a dose of heavy taxation. Widespread economic sluggishness down, large scale unemployment and shutting down of trade and businesses has already caused an all round economic crisis reflected in the dip in all indices. Current triple whammy by Modi Government has jeopardized the budget of every household.
Skyrocketing Prices of Domestic Gas Cylinders – A Bane of every Housewife
18.11 crore customers purchase subsidized gas cylinders every month. By a ‘tughlaki farmaan’ of Modi Government, it has been decided to increase the price of every gas cylinder by Rs.4/- every month starting from Ist July, 2017 upto March, 2018 until the current subsidized cylinder prices are increased from present price of Rs.477/- to Rs.524/- per cylinder. In last three years, Modi Government has hiked the price of subsidized gas cylinder by Rs.63/- per cylinder (from Rs.414/- per cylinder in May, 2014 to Rs.479/- per cylinder today). This total hike of Rs.110/- per cylinder will cause immense distress to every housewife upsetting the complete household budget.
This is being done when the International prices of gas have gone down by 35% in last three years. As against this, UPA-Congress government was paying a subsidy of Rs.449/- per cylinder to provide relief to the common citizen. This is the true difference between the ideology and administrative style of the two parties.
SBI Slashed Saving Interest Rates from 4% to 3.5% – 37 crore Account Holders will lose Rs.4700 crore Annually.
Government’s principal bank i.e. SBI has taken a decision to slash saving bank interest rates from 4% to 3.5%. Saving Accounts in SBI are currently estimated at 37 crore with a deposit of 9.4 lakh crores. If there is a reduction of 0.5% in interest rate, there is a direct loss of Rs.4,700 crore annually to the 37 crore account holders.
Even prior to this, BJP Government had imposed a service charge of Rs.100/- w.e.f. Ist April, 2017 on all bank accounts for more than three monthly transactions. Similar charges were also imposed on use of ATM cards. Post-GST, all banking services attract a tax of 18%. Not only this, present BJP Government has attacked the savings of common man by reducing the interest rates on ‘National Saving Certificate’, ‘Sukanya Smridhi Account’, ‘Kisan Vikas Patra’ and ‘Public Provident Fund’ and other saving schemes.
Sudden Hike in Price of Petrol-Diesel – An Additional Burden of Rs.12,000 crore
BJP Government has decided to increase the dealer commission on petrol by Re.1/- per litre and on diesel by 72 paise per litre w.e.f. Ist August, 2017. Cost of this would have to be borne by the ordinary consumer and it will cost an additional Rs.12,000 crore. In last three years since May, 2014; price of crude oil has gone down by 53%. If this benefit was passed on to people of India, price of petrol would be Rs.37.84 per litre and price of diesel would be Rs.29.40 per litre. Truth is that Government of India is earning an annual revenue of Rs.2,33,000 crore by imposing tax and import duty on petrol-diesel. Latest decision would further cause distress to an overburdened public.
Post Views: 21
2017-08-02
admin
Previous China Releases 15-Page ‘Doklam Statement’, Cites Document From 2006 to Accuse India of Trespass
Next PM Modi under People Radar: VHR 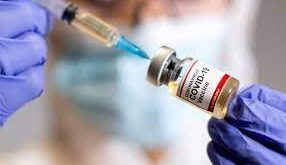