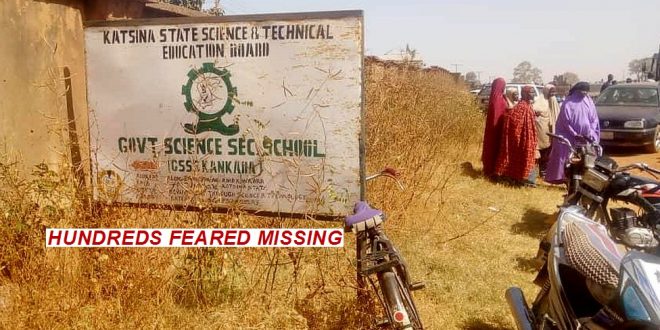 ABUJA: Over 300 girls are missing after unidentified gunmen raided a school hostel in the northwest Nigerian state of Zamfara, a teacher and parent media, in the second mass kidnapping in the troubled region in little more than a week. 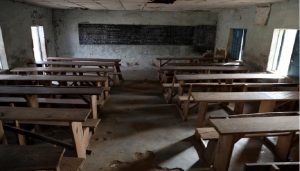 Sulaiman Tanau Anka, information commissioner for Zamfara state, however, told media that it was not immediately clear how many children had been seized.

“Unknown gunmen came shooting sporadically and took the girls away,” Anka said. “Information available to me said they came with vehicles and moved the students, they also moved some on foot,” Anka said.

Security forces were hunting through the area, he added.

Earlier, a teacher at the Government Girls Secondary School Jangebe, who asked to remain anonymous, told media that “more than 300 girls are unaccounted for” after the raid.

A parent said two of his daughters were among the missing girls. 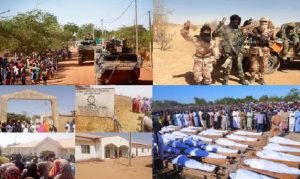 “Two of my daughters aged 10 and 13 are among the about 300 girls the school authorities told us are missing,” parent Nasiru Abdullahi told DPA via telephone.

A police spokesman for the state did not immediately respond to calls and messages seeking comment.

“(According to local people) the gunmen arrived shortly midnight and operated for hours in this all-girls school in Zamfar state,” sources said.

“This is one of the states that is continuously being attacked by these gun-men, abductions for ransom and raiding for villages … this is practically one of the major things that people in the north of the country are facing on a daily bases,” he added. 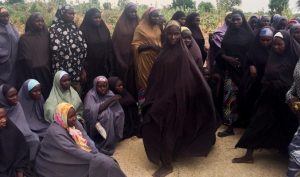 This is the second such kidnapping in a little more than a week in Nigeria’s north, which has seen a surge in activity by armed groups leading to a widespread and worsening breakdown of security.

Last week, unidentified attackers killed a student in an overnight attack on a boarding school in the north-central Nigerian state of Niger and kidnapped 42 people, including 27 students. The hostages are yet to be released.

More than 300 boys were kidnapped from a school in December in Kankara, in President Muhammadu Buhari’s home state of Katsina, while he was visiting the region.

The boys were later released after negotiations with government officials but the incident triggered global outrage. (Int’l Monitoring Desk)