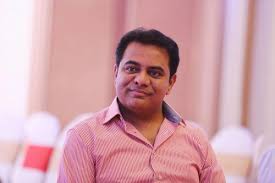 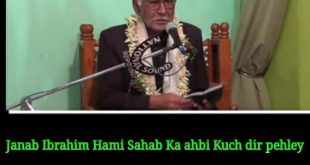 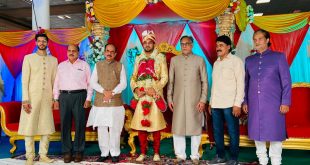 Hyderabad, Nov.16 (PMI): Launching TSBPASS official website here, Municipal minister KT Rama Rao today stated that in future 58 percent of people will be living in towns.
Accordingly the facilities and infrastructure are being improved through a focus the minister said. The state government has focused on decentralizing powers to develop the municipalities as the population in the towns is growing.  As part of reforms in land revenue Dharani portal was started to bring revolutionary changes.
Earlier it was a cumbersome activity and now Dharani will offer hassle free, non-corrupt services to people to get registered their last day.  Transparency and accountability are key to ensure the people get timely services he said. In the past six and half years of rule we brought in several acts, schemes for people welfare. Our aim is to see that the people also get registered their nonagricultural lands soon. As the population is growing in the towns as that of the World, our priority is to enhance the facilities and infrastructure he added.
KTR has stated that TSBPASS official website will offer more help to the people.  The government he said will help the people, farmers and other classes through its schemes.  The people with 75 sq yards of land can go for construction without any permission from the government.  Those with 75 yards to 600 sq yards have to obtain permission through self-certification.

Similarly those above 600 sq yd should get permission through the website he clarified.  The officials will give permissions in 21 days for them.  A new GHMC Act will be launched in over two months.  This will put an end to alleged encroachments of nalas, lakes and other lands. (Press media of India) 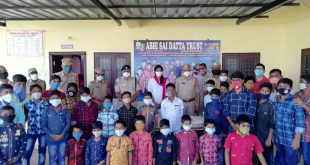