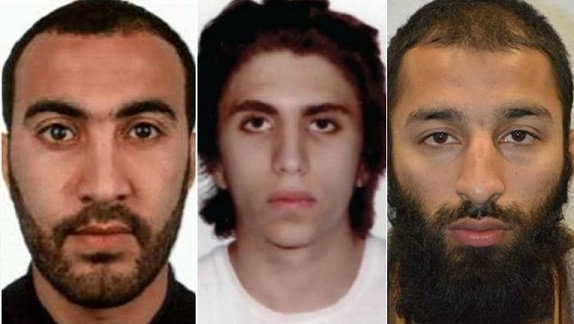 LONDON: The three London Bridge attackers, who killed eight people in 2017, were lawfully killed by police, an inquest has found.

Khuram Butt, 27, Rachid Redouane, 30, and Youssef Zaghba, 22, ploughed into pedestrians on the bridge before stabbing people around Borough Market.

They were shot dead by firearms officers less than 10 minutes after the attack began.

Chief coroner Mark Lucraft QC had directed them that the only “safe” conclusion was that the three men were lawfully killed. 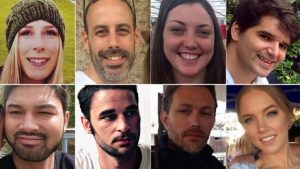 He told the court no-one during the inquest had criticised the officers involved and it was agreed using anything other than “lethal force” would not have been appropriate.

Metropolitan Police Commissioner Cressida Dick welcomed the verdict and paid tribute to the “tremendous courage and professionalism” shown by armed officers on the night of the attack.

“Faced with an appalling and confused scene, they acted calmly, quickly, decisively, and in accordance with their training,” she said.

“There is no greater responsibility for an officer than having to make the split-second decision whether or not to use lethal force.”

The police commissioner said both armed and unarmed police officers should take “great pride” in having saved lives on the night of the attack. 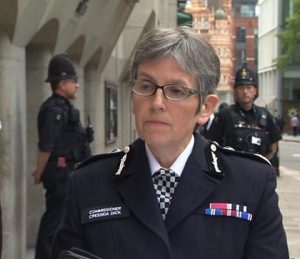 During the inquest, accounts of “tremendous bravery and compassion” by both the public and emergency services stood out “head and shoulders above all else”, she added.

Previously unseen footage released on Tuesday showed many people approach the attackers, including two bakers who threw crates and a broom at the knifemen.

“They put themselves in the way of danger to protect and preserve life: a principle at the very core of policing,” she said.

The response to the attack showed “how officers from all forces have the courage and dedication necessary to defeat the hatred and fear that terrorists seek to sow in our community”, she added. 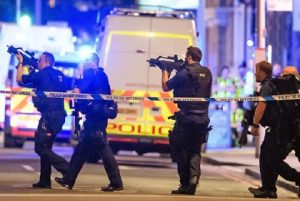 Downing Street also praised the emergency services and members of the public who “showed unstinting courage in the face of such danger and terror”.

Many more people could have suffered were it not for the “professionalism, speed and bravery of those who responded and defended themselves and others”, the prime minister’s official spokesperson said

“Our police and security services work tirelessly every day to keep us safe and when they are called upon in the most difficult of moments their skill and fortitude must be commended,” they added.

During the inquest, jurors visited Stoney Street, where Butt, Redouane and Zaghba died, and heard accounts of their final moments. 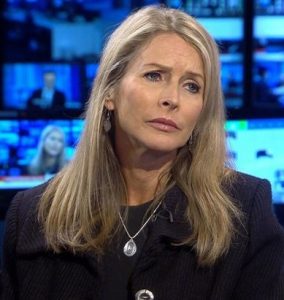 PC Bartek Tchorzewski, 36, one of the unarmed officers who tracked the attackers through Borough Market, said: “We were just thinking about stopping them.”

Before arriving at the scene of the attack, he said he had tried to anticipate what he may encounter, “but to be honest nothing can prepare you for that”.

One armed officer who attended the scene, identified only as BX46, told jurors he shouted words to the effect of “armed police, stand still, drop the knife”.

He said he thought he was in immediate danger as Butt came towards him with a knife.

“I believe his intention was to use the knife and stab me, kill me and get hold of my weapons,” he said.

He said he then became aware of a belt around Butt’s torso, which appeared to be a suicide vest. 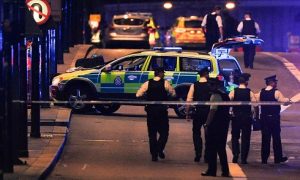 “Now he was an even bigger threat, even with (a distance of) one or two metres, a detonation would be fatal to colleagues, members of the public, anyone in the location,” he told the court.

“So I aimed my rifle towards the male and I was moving back quickly and I pulled the trigger.”

His colleague BX44 also shot at Butt, but had to turn his attention to Redouane, who was moving towards another officer.

BX44 said: “I carried on firing until I had to deal with the third threat of Youssef Zaghba who was on top of me.”

He said he was backing away from Zaghba when he fell backwards, and continued to fire from the floor through his legs up to the attackers’ chest.

“I thought he was about to kill me,” he added.

PC Iian Rae, who went to handcuff Redouane as he moved on the ground, said: “His arms and legs were moving and I knew he had an IED (improvised explosive device) strapped to him. 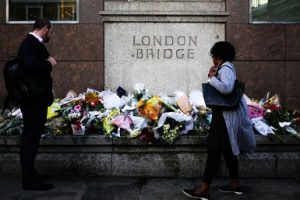 “I did not know they were fake. I had to make a split-second decision – if I don’t go and do something there is going to be a lot more lives lost.

“I had to handcuff him and stop him from detonating that device, if they were real or not.”

But firearms officers shouted at him to get away and he ran to safety.

They then used “lethal force” to avert the danger that the terrorists would detonate explosive devices, jurors heard.