google-site-verification=oa7ebK-QKiSPCvxPx2UBppJir9nAxs1BKixIBTtNDbY
Breaking News
Home / Hyderabad / Lok Sabha Election Results 2019 | Of 542 Seats, Only 27 Muslim MPs Elected And Not One Is From BJP 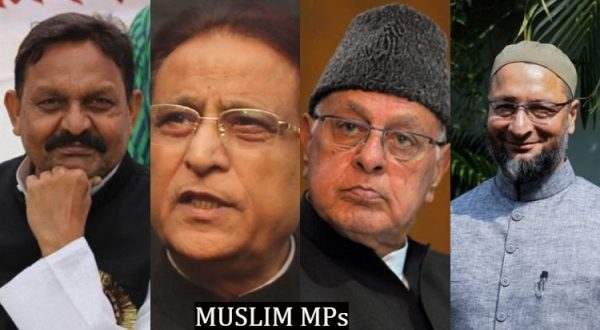 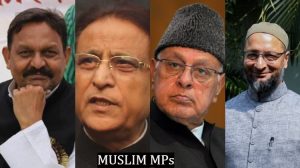 Hyderabad: Out of the 542 seats in the Parliament, there will be 27 Muslim MPs in the 17th Lok Sabha, an increase of four MPs from 2014, many of whom are from the Congress and All India Trinamool Congress (AITMC).

Owaisi won the Lok Sabha election from Hyderabad by 2,82,186 votes for the fourth time and will became the longest serving Muslim candidate.

Although Muslim constitutes 10.5 per cent of the country’s population, their representation will only be 4.42 per cent in the new Lok Sabha.

The ruling BJP does not have a single Muslim MP in the 303 seats that it has won. The party had fielded three Muslim candidates in Kashmir, two in West Bengal, and one in Lakshadweep. However, all six of them were defeated. The trends were similar in 2014 too.

Similarly, the Congress, too, fielded six Muslim candidates, but none won.

Among the candidates who won from Uttar Pradesh are: Bahujan Samaj Party candidates Afzal Ansari from Ghazipur, Fazalur Rahman from Saharanpur and Danish Ali in Amroha, and Samajwadi Party’s Azam Khan from Rampur, Shafique Rehman Barq from Sambhal and ST Hasan from Moradabad.

In West Bengal, five MPs from The TMC and one from the Congress are the chosen ones.

In Bihar, two MPs were elected.

In Assam, two MPS will be in the new Lok Sabha.

The previous 14th and 15th Lok Sabha had 30 and 34 Muslim MPs each when Congress-led UPA was in power. In 1984 when Rajiv Gandhi swept to power following the assassination of his mother and then prime minister Indira Gandhi as many as 42 Muslim MPs were there.

The lowest numbers of Muslim MPs were in 1952 when just 11 were present in the Lok Sabha.

The Modi government had come under severe criticism over allegations of marginalising Muslims in the country. Mob lynchings, in the form of “cow protection” targeted primarily to Muslims have taken place. Also, there has been lack of action in cases of assaults and lynchings.

Statistics show since 2012, at least 46 people have been murdered in cow-related violence across India, with 57% of the victims being Muslims.