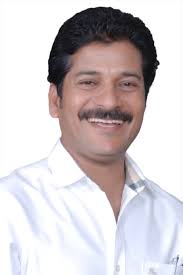 Hyderabad,  Congress new entrant and former TDP leader A Revanth Reddy has stated that the Chief Minister K Chandrasekhar Rao is  trying to kill the TDP in Telangana state.
Responding on the TDP senior leader Mothkupally Narsimhulu’s outbursts, Revanth Reddy said that he didn’t know as to why Mothkupally has spoken in that manner. He said that no TDP activist, who has self respect, was thinking of  joining  TRS. He said that there was no link between the TDP leaders’ feelings and the  cadre. He said that the Congress leaders, who were in the party for the last 35 years, have joined TDP in Andhra Pradesh state and opined that the TDP’s anti-Congress party theory was outdated one. He asked Telangana TDP leaders to join Congress party or enter into the alliance with the Congress party.