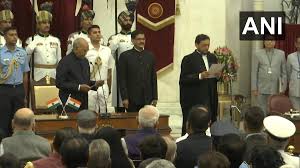 Justice Bobde will have tenure of around 18 months till his retirement on April 23, 2021. Justice Bobde was elevated as a Judge of the Supreme Court on April 12, 2013. He was part of the five-judge constitution bench which delivered the landmark Ayodhya verdict.