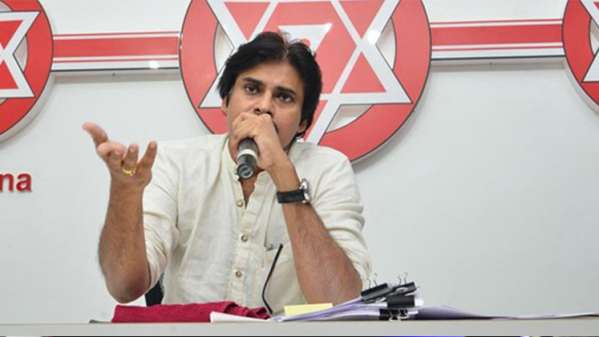 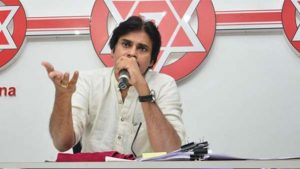 Hyderabad: Jana Sena Founder and President Pawan Kalyan has dropped yet another bomb with respect to corruption allegations against Andhra Pradesh Chief Minister Chandrababu Naidu’s son and state minister Nara Lokesh. It may be recalled that during the public meeting held to mark the party’s formation day Pawan had called Lokesh corrupt to which the latter had responded saying that Pawan has his phone number and that he could contact him directly to tell him about the corruption status instead of going public!
In a supposed reply to Lokesh’s suggestion the Jana Sena chief has now declared that he has all the required proof and evidences to expose Lokesh’s corrupt deeds and nail him.
Also Read: Chandrababu Cheating AP On Polavaram: Undavalli
In a startling declaration the party also said that about 40 TDP MLAs were in touch with the Jana Sena founder Pawan Kalyan. This was revealed by Jana Sena leaders Adhepalli Sridhar, Mahender Reddy and Riyaz. They also said that Chandrababu was very much aware of these MLAs who were in touch with Jana Sena.
Lokesh’s corrupt deeds will be exposed at all costs and not be spared, they said. The Jana Sena will also urge an investigation by a national authority into Lokesh’s corruption, they said, adding that Jana Sena was gearing up to expose the misdeeds of all the corrupt AP leaders.
2018-03-21
admin
Previous Govt has required majority in Lok Sabha: Ananth Kumar
Next YSRCP President YS Jagan Mohan Reddy addressing a public meeting in Guntur