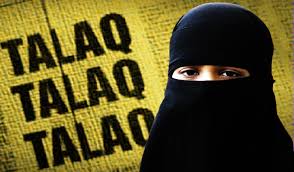 Jamaat Expresses Concern Over Voilence, Lawlessness in the Country 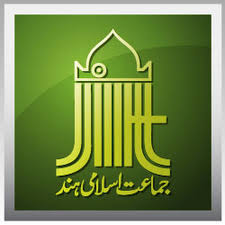 Hyderabad,  Jamaat-e-Islami Hind has expressed grave concern at the deteriorating law and order situation in the country, growing incidents of violence, lawlessness and various attempts at weakening the democratic institutions of the country.
Addressing the media here today,  Moulana Syed  Jalaluddin Umri, National President of the Jamaat,  said the protests against the arrest of a person accused of lynching   and burning to death of a Muslim labourer in Rajasthan shows that it was not an isolated criminal act but there is a systematic political force  and movement supporting  these gruesome killings.   The continued organized violence being perpetrated against Muslims, Christians, Adivasis and Dalits shows no signs of abating  and there is a systematic effort by fascist forces to create communal polarization in the country.  The Kasgunj  incident  indicated the total failure of the U P administration to prevent communal flare-ups and the inability of the local police and law enforcement agencies to rein in the anti-social elements.
The Maulana appealed to fellow countrymen to maintain peace and unity and resist the conspiracies by fascist

forces who wish to divide the society, disrupt communal harmony and create enmity between religious communities.
Triple Talaq Issue
On the Triple Talaq Issue, the Jamaat feels that the Bill introduced by the Center and passed by the Lok Sabha regarding Triple Talaq  is unnecessary, against  the Shariah and against  the rights of women.  The Bill went against Article 25 of the Constiution, which guarantees religious freedom and also against the recent judgment of the Supreme Court on the issue.  It is very strange that the Government did not deem it necessary to consult the Islamic scholars, Shariah experts, Muslim community and Muslim religious organizations and representatives of Muslim Women Organisations.  After the Supreme Court judgment regarding triple talaq, there was absolutely no possibility nor need for such a Bill.  Jamaat would like to point out to the Government of India that it should not interfere in the Shariah and must refrain from furthering this Bill in Parliament, he added.
Babjri Masjid
The Moulana said that  the Jammaaat in cooperation with All India Muslim Personal Law Board, human rights organizations and justice-loving people of all religions, reiterates its resolve to continue the peaceful and legal struggle for restoration of  the Babri Masjid. He also ruled out the possibility of an out of court settlement of the issue.
He welcomed the recent visit by our Prime Minister to Palestine.  This will give out a positive message to the people of Palestine that India is solidly behind their cause and supports them in their legitimate struggle against the illegal occupation by the apartheid regime of Israel.  However Jamaat would like to warn the government of India against its growing bonhomie with the State ofIsrael.  The increased military and security cooperation with a State that has violated so many UN Security Council resolutions and which has been condemned internationally for human rights violations and violated the sovereignty of its neighbors multiple times, will not help India’s cause and efforts at becoming a world leader in the geo-political arena.  Increased friendship with Israel also goes against our time-tested foreign policy of standing firmly against occupation and imperialism.  Jamaat appeals to the peace and justice loving people of the world to raise its voice against the unjust occupation, illegal construction of colonies and grave injustice to the Palestinians at the hands of Israel.  Jamaat appeals to the Muslim Ummah to work for the freedom of the “First Quiblah” and find a solution of the Palestinian problem using all peaceful and constitutional means, he said.

26-02-2021 DAMASCUS/ WASHINGTON: The United States military says it carried out attacks on facilities in …